Top 10 Things to Do in Patagonia

Busy planning your trip to Patagonia, but not sure where to begin? Trying to decide between Chilean Patagonia and Argentinean Patagonia? Worried you’ll travel all the way to the bottom of the world and miss something important? We’ve come up with our list of the top 10 things to do in Patagonia!

Patagonia isn’t short of a coastline or two, being bordered to the East by the Atlantic and to the West by the Pacific, and the seas are rich with penguins and other sea life. A popular spot for penguin viewing in Argentinean Patagonia is Punta Tombo, a peninsula in Chubut Province where a large colony of Magellanic Penguins congregates in late September as they migrate North to Brazil. In Chile, head out into the Magellan Strait from Punta Arenas to see these endearing birds in action. 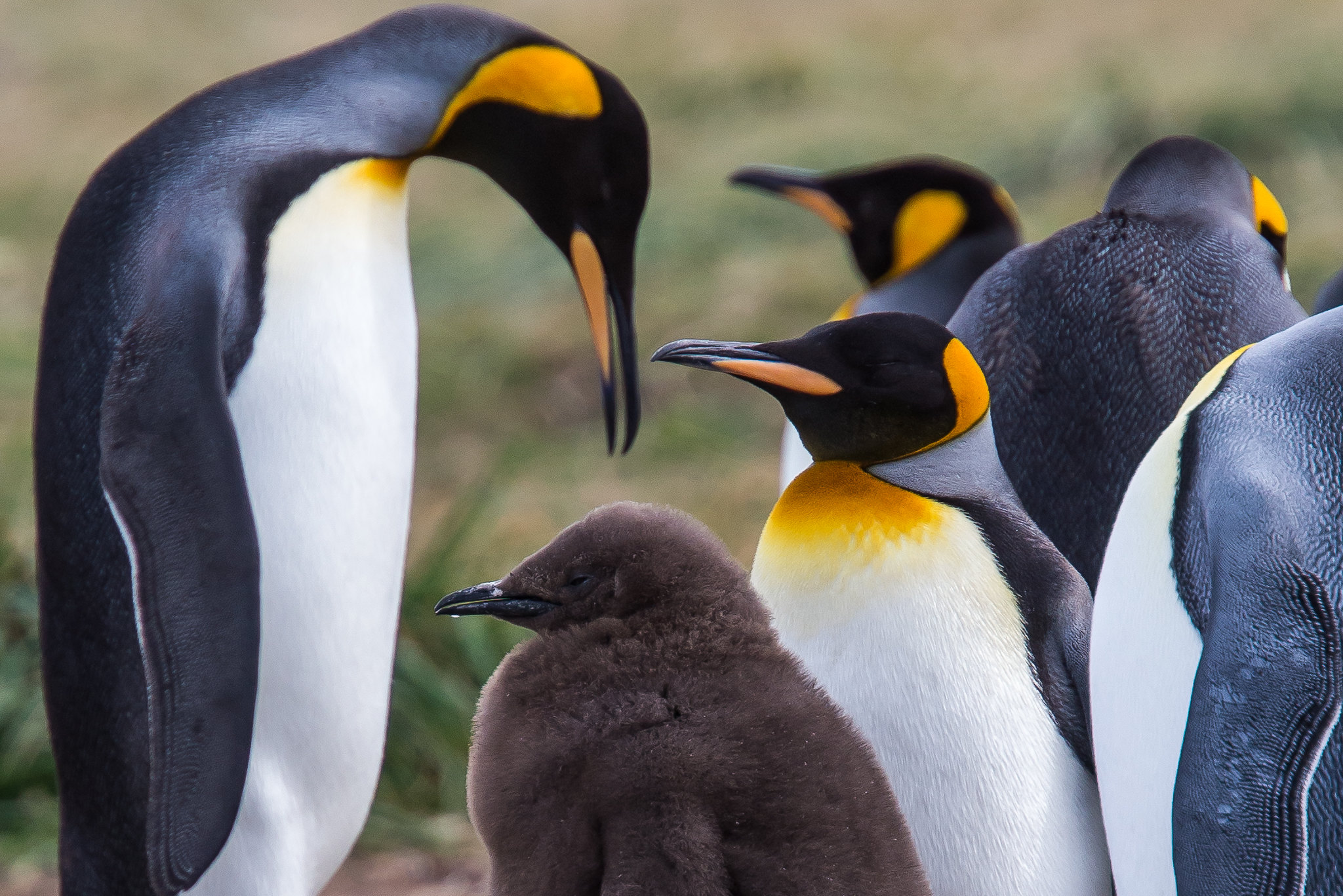 Patagonia is the epic theater of some of the world’s best hikes and treks. The first one on our list is the hike to Argentina’s Laguna Torre. Setting out from the trekker mecca that is El Chalten, this hike trails through Patagonia’s distinctive beech forests before turning towards the lake itself. Against the backdrop of the jagged mountains, small icebergs can be seen floating in the crystalline lake, pushed along by the wind. Take a picnic and make a day of it!

Hiking might be the quintessential activity in Patagonia, but it doesn’t mean that it’s the only must-do adventure to be had. With rivers, fjords and coastlines aplenty, kayaking in Patagonia makes our top ten for being perfect for professionals and complete beginners alike. There are boiling rapids or tranquil rivers to choose from, but if you’re looking to explore, head to the West coast in Chile where many areas cannot be reached on foot or by road.

The W Trek in Chile’s Torres del Paine National Park is globally recognized as one of the best treks in the world and is a must for your Patagonia to-do list. You’ll need 7 days to walk the whole thing (including travel time to and from the park) or you can take on a reduced 5 day version if you’re pushed for time. Either way, you’ll finish up with the iconic base trek to the natural granite Towers.

Estancias are typical Patagonian ranches that sprung up across the wide open steppe during the 19th century alongside the rise of agriculture in the region. Today, some have been turned into cosy lodging, but others continue to be used as working farms, or even combine the two by offering accommodation with horse riding trips across the land. To experience life as a traditional Patagonian cowboy, head for an estancia in Chile or Argentina.

6. Take a Trip to Ushuaia

Ushuaia is the capital of the Tierra del Fuego province in the very far south of Patagonia and is widely regarded as the Southernmost City in the World. If that weren’t reason enough to visit, Ushuaia is also a great base to explore the rest of the archipelago. Attractions include the city museum, the nearby Tierra del Fuego National Park and the famous Les Eclaireurs Lighthouse.

Cycling in Patagonia doesn’t appear on many lists of the top 10 things to do in Patagonia, simply because until now it’s been a pretty well kept secret. But now the cat is out of the bag! When you pedal across the Patagonian plains you’ll feel the legendary wind in your hair and have time to enjoy your spectacular surroundings. You won’t find bikes for hire everywhere you go in Patagonia, but Torres del Paine National Park in Chile is one place that’s well set-up for cycling. 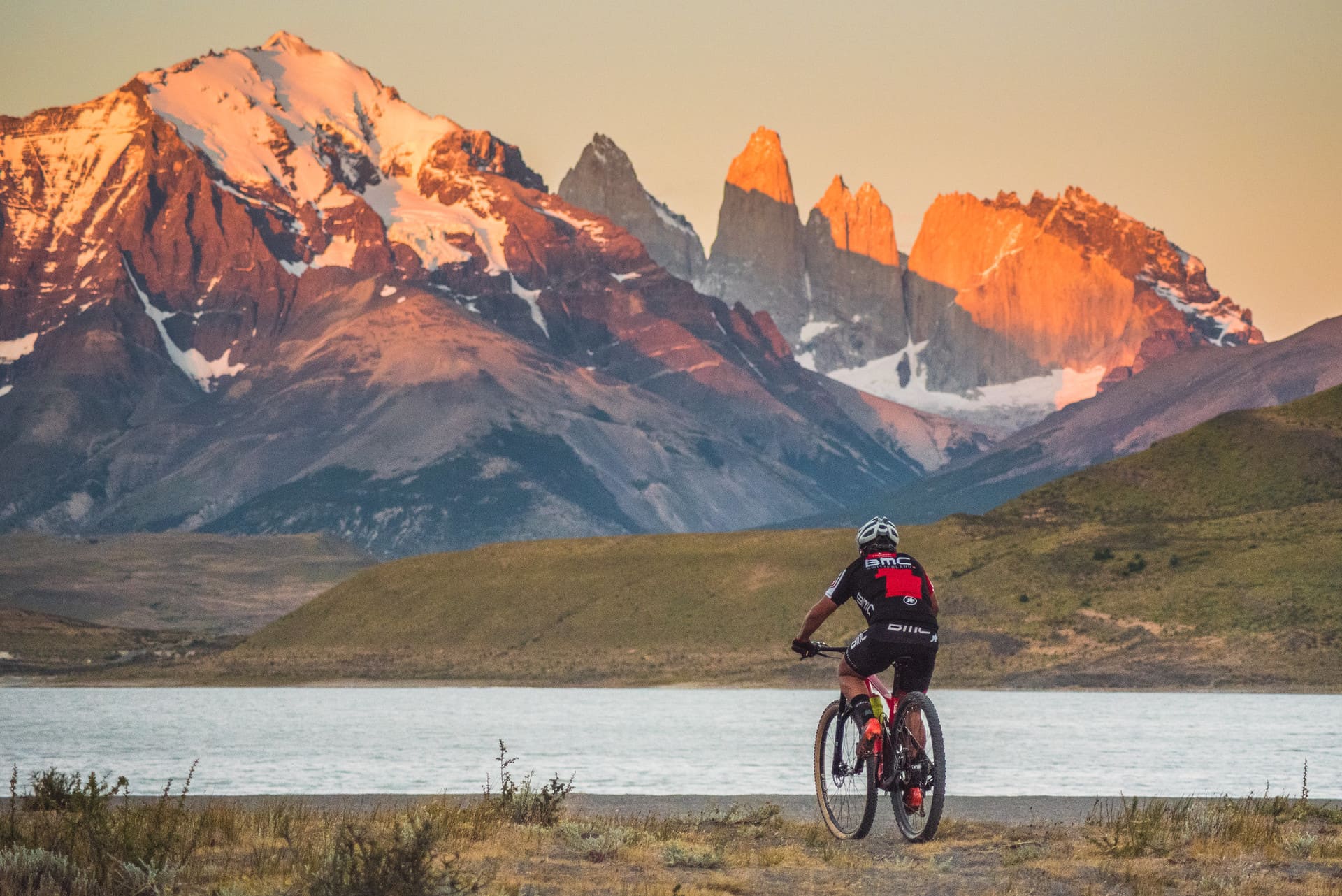 8. Take a Boat Trip in the Beagle Channel

The Beagle Channel is a stretch of water at the extreme southern tip of the South American continent. The very narrow passage of water that joins the Atlantic Ocean with the Pacific, separates the largest Island of Tierra del Fuego from a cluster of other smaller islands. Take a boat trip out into the channel and see the land at the end of the Earth through the eyes of the first European colonizers to travel this far. The channel is also rich in sea life including birds, penguins and different kinds of sea lions.

Whilst there are many glaciers in Patagonia, the Perito Moreno Glacier in Argentina’s Los Glaciares National Park takes the crown for being the most impressive accessible glacier. As well as a walking route around the two faces of the glacier, you also have the option of taking an ice trek across the craggy surface of the glacier itself. Most tour companies in the area will provide the necessary specialist equipment such as crampons for your shoes.

Spotting Patagonia’s only big cat, the elusive and powerful puma, features highly on most people’s lists of things to do in Patagonia, unfortunately, it’s a treat reserved for a lucky few. However, there are ways you can maximise your chances. Take a Patagonia Wildlife Safari or Patagonian Puma Tracking Adventure in Chile’s Torres del Paine National Park for a great introduction to the wealth of other quirky animals that call this part of the world home.

You may not have heard about Kawésqar national park, but this is actually one of the largest national parks in the world, with an area of 7,023,542...
END_OF_DOCUMENT_TOKEN_TO_BE_REPLACED

When is the best time to travel to Torres del Paine? While it might seem easy to answer that question considering aspects of weather, planning a trip...
END_OF_DOCUMENT_TOKEN_TO_BE_REPLACED

“Winter is cold” , “Days in Winter are Short”, “There is snow in Winter”. While these statements are pretty accurate in Torres del Paine National...
END_OF_DOCUMENT_TOKEN_TO_BE_REPLACED