The World Of Violeta Parra

(And the song of every man and woman which is my very own song...)

The lulling, lyrical lines on love and life from songwriter, composer and craftswoman Violeta Parra still resound melodically through the world of Chilean folk music today. Born on 4th October 1917 in San Fabián de Alico, near San Carlos in the Ñuble Province, Parra had learnt to play the guitar proficiently by the age of nine, and had started to compose her own songs by twelve. Music was in her blood, and her father, a music teacher, used to prop up the little musical prodigy as she played a guitar still too big for her small arms. Her mother was a farmworker who also loved to play the guitar and sing when she was not working. 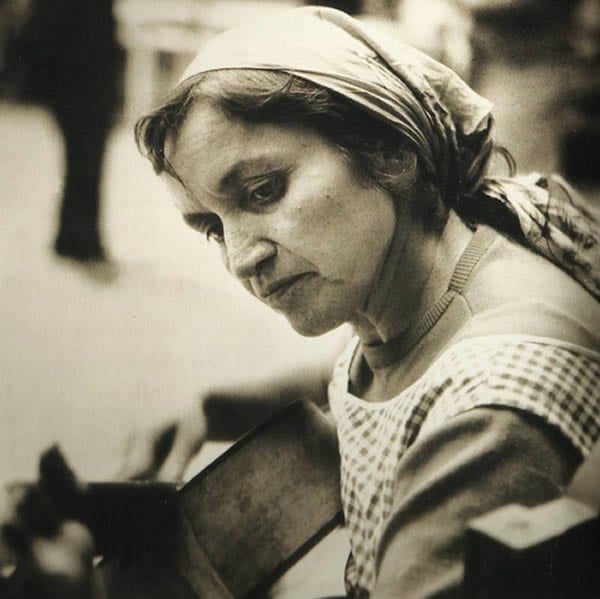 The Parra family underwent harsh times of severe shortages and family unemployment during Violeta’s childhood and, as a result, as a teenager, she started to sing in trains, restaurants, cafés and circuses to earn some extra money for her family, taking song requests and performing popular songs. After her father died in 1929, she moved to Santiago to live with relatives and attend school in the capital. Parra later moved to another house in the city to be reunited with her mother and siblings, and it was then that sisters Violeta and Hilda Parra joined together to make their own folk duo, performing all over the city and gaining fame.

In 1938, Violeta Parra married a train driver named Luis Cereceda. Together they had two children: Ángel and Isabel. Cereceda was a committed communist, and Parra became deeply involved in the presidential campaign of left-wing Radical politician Gabriel González Videla. This experience no doubt influenced her own future political activism, which went on to blossom and crystallise within her impassioned songwriting and art.

The pair separated in 1948, ten years after their wedding, and Parra went on to meet and marry Luis Arce, a furniture maker, in the same year. She had two more daughters with Arce, Carmen Luisa and Rosa Clara.

At this time, Parra was a star, shooting around the whole country of Chile and blazing her trail through various venues and circuses, accompanied by her sister Hilda, and her children. But her industriousness did not stop there. The songstress was also tirelessly collecting and recording traditional folkloric and popular songs she came across during her travels, reviving the national musical culture one forgotten ballad at a time. Her work celebrated and strengthened Chilean music in the face of the invasive onslaught of foreign artists hailing from North America and Europe. Her work was instrumental in the advent of the Nueva Canción Chilena, and her fascination with, and championing of, Chilean folklore, pottery, painting and arpillera embroidery helped foster a nationwide sense of self-pride and appreciation. 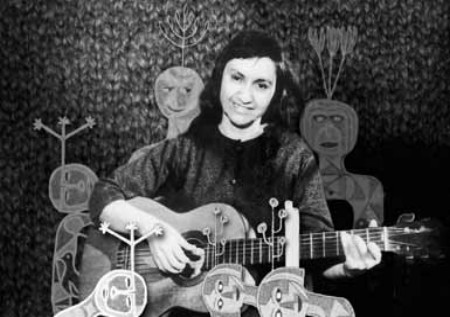 Parra went on to travel to the Soviet Union and all over Europe giving concerts. She spent two years living in Paris until the sudden and tragic death of her youngest daughter. She then returned to Chile and took a job at the University of Concepción, directing the Museum of Popular Art, and continuing all the while with her performing, songwriting, research, and crafts, including painting, tapestries, sculpture and ceramics. Having divorced Arce in 1955, she met the charming, young Swiss flautist Gilbert Favre in 1960, on the day of her 43rd birthday, and the pair fell hopelessly in love. Favre had come to the Atacama desert as part of an anthropological expedition, which he promptly abandoned in order to live with Parra in Santiago, Paris, and Geneva during the early sixties. In Paris, Parra made history as the first Latin American artist to have their works displayed in the Louvre. 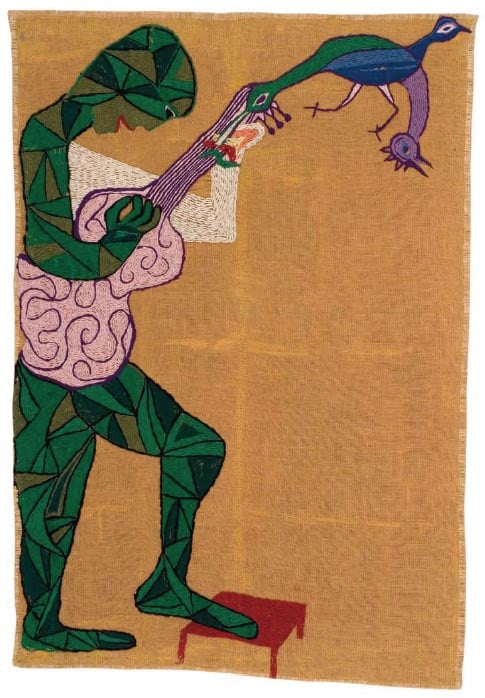 It was in 1964 that Parra moved back to Santiago once more, accompanied by her son Ángel. The folk-singing mother and son set up the famous 'Peña de los Parra', where many famous Chilean musicians and groups performed, including Quilapayún and Víctor Jara. She also set up 'La Carpa de la Reina', a huge tent on the outskirts of the capital, which housed an influential cultural centre. When Favre decided to try his luck in the Bolivian music scene, the devoted Parra made several trips to La Paz in a bid to persuade him to return to Santiago. Favre had fallen in love with Bolivia, however, and her attempts were repeatedly thwarted. The song 'Run Run Se Fue Pa'l Norte' (Run Run, He's Left for the North) is thought to have been inspired by her lovesickness at the time. 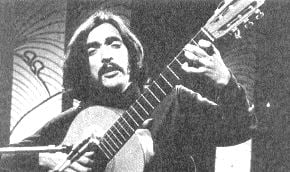 Despite her vital role in the rediscovery and reappropriation of Chilean tradition and folk music, Parra was living through a troubled and turbulent period in her country’s history. Radio stations and recording companies were reluctant to play her music, since her sympathy with worker struggles and poverty was not in the government's interests. Struggling to keep her projects alive and financed, and also reportedly suffering from a broken heart after the deterioration of her relationship with Favre, Parra committed suicide on 5th February 1967.

The mother of the "Nueva Canción Chilena", Parra’s remarkable efforts to preserve over 3,000 songs, recipes, proverbs, and other traditions throughout her life had a significant influence on the Latin American music and culture of her generation. Her cultural centers provided training and performance advice for other aspiring musicians, as well as serving as meeting places for other left-wing activists in a time of political oppression. Her legacy lives on in the numerous recordings of her famous ‘Gracias a la vida’, including covers by artists such as the Argentinian Mercedes Sosa, the American Joan Baez, and the supergroup Artists for Chile who released the song to raise disaster relief funds following the 2010 earthquake. A song from Las últimas composiciones, the last album before her suicide, ‘Gracias a la vida’ has become a popular anthem in the Chilean music world, and a celebration of the country’s folkloric roots and rhythms. 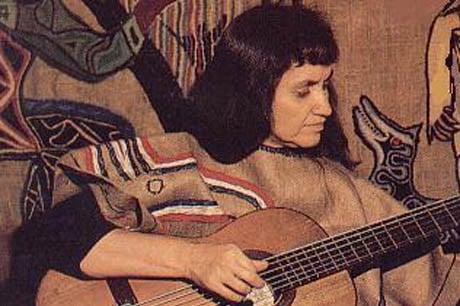 Parra and her guitar.

Sweet neighbour of the green wood

Great enemy of the bramble

Dancer of the crystal clear water

To learn more about Chilean culture and history, check out our blog. It's the month of September! That means it's time to celebrate Chile. It is Fiestas Patrias, the country's independence holidays and a time to...
END_OF_DOCUMENT_TOKEN_TO_BE_REPLACED

It’s a very special time for one small, remote place in the Pacific. That place is called Easter Island and it's home to a unique Polynesian culture...
END_OF_DOCUMENT_TOKEN_TO_BE_REPLACED