5 Reasons to Visit Chile During the Winter Season

Winter is blooming in here in Chile and as the leaves fall and the frost bites, this wonderfully diverse land of cultural and natural treasures truly comes into its own. Unfortunately, wintertime Chile appears less attractive to holiday planners wanting to explore a non-glacial South America. However, contrarily to everything that the ‘best time to visit...’ guides will tell you about visiting Chile during the winter season, there are many arguments which suggest that wintertime is perhaps the best time to plan a trip to this enigmatic strip of land at the edge of the earth. From cultural and gastronomical delights, to adrenaline-pumping natural winter sport arenas, Chile’s highlights truly dazzle in the pure white light of winter sun and snow. Here are a few reasons why:

Traditional Chilean cuisine is generally homespun and substantial, with meaty soups, stewed legumes and tender vegetables the key to its rustic appeal and its perfect suitability for winter comfort food. Whether you pick up a toasted pumpkin flour "sopaipilla" from the many street vendors of Santiago, slurp a steaming bowl of pantruca soup at the table of a traditional Chilean home, or fill yourself up on Germanic-inspired sausage and potatoes in the south, the heartiness of traditional Chilean cuisine offers the perfect gastronomical antidote to the Chilean chills. 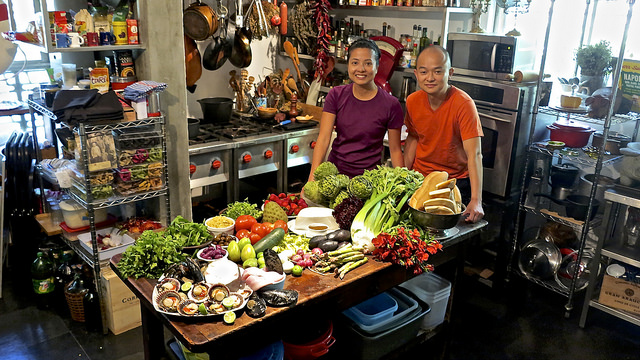 Participants of our Chile Culinary Experience Tour with a table full of delicious, fresh Chilean produce.

2. Cultural Festivals Pick up the Pace in Winter

It’s no secret that Chile, with a rich musical, literary, cinematographic and artisitc history unrivalled by any other South American country, is home to some of the most magnificent examples of colonial and indigenous architecture, that it’s cultural crown gem, the city of Valparaíso, was declared a UNESCO World Heritage Site in 2002 and that the city of Valdivia has been tipped as 2016's city of culture. However, many fantastic seasonal festivals take place throughout the year in Chile, meaning that cultural immersion opportunities are ever present in Chile, no matter the region or season: You can drink and be merry at the annual Black Beer Festival of Valdivia, revel in the spectacle of colourful costumes and wild dancing at the religious festival of La Tirana, or feast your eyes on the latest looks of Latin America’s rising fashion designers at Santiago fashion week.  These alongside numerous film and literature festivals make wintertime the prime season for cultural diversion in Chile.

Two words should have all alpinists flying over to winter Chile without a second thought: The Andes. When winter hits and the snow begins to fall heavily on the peaks of the cordillera that snake throughout and tower over Chile’s vast landscapes, the majority of the country transforms into a veritable winter wonderland, the perfect natural environment for all winter sports imaginable. Of course, well-known, longstanding ski resorts such as the breathtaking Valle Nevado steal the hearts of winter sports enthusiasts the world over. However, Chile is teeming with alpine potential, with many hidden gem ski resorts tucked away in the Cajón de Maipo Valley (such as the Lagunillas ski resort that the Cascada team recently visited), offering similarly majestic yet less-frequented terrain. Whether you’re a skier, a tobogganist or a snowboarder, winter Chile is the destination for you! Check out our 7 Day Ski & Wine Winter Escape here. 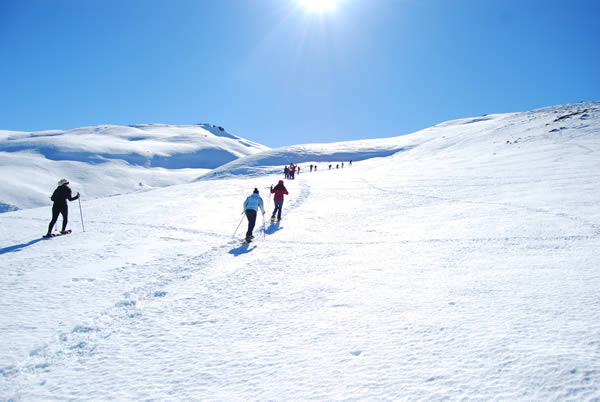 Hiking through the stunning, virgin snow of Lagunillas.

If you think it’s the cold Chilean air which leaves people breathless during the winter, think again. Wintertime in Chile is when this already naturally charming country dons a tranquil, glacial facade with the resplendent, snowy, Andes mountains the focal point of this beauty. The golden, autumnal trees shimmer in the frost, the whole landscape bathes in the austere, icy blues of the mountains which reflect their splendour onto lands below. In the Lake District, the wilting trees, sapphire blue lakes and snow-peaked volcanoes, which make for great hiking, provide a stunning mix of the rustic and the otherworldly. In the Magellanic south, stunning glaciars and lagoons lie in the stillness of their crystalline beauty in Chilean Patagonia. A great way to admire Patagonia's natural winter beauty is on a Winter W Trek, a magical 7-day experience through Torres del Paine. It is perfect for travellers who like a little extra adventure! 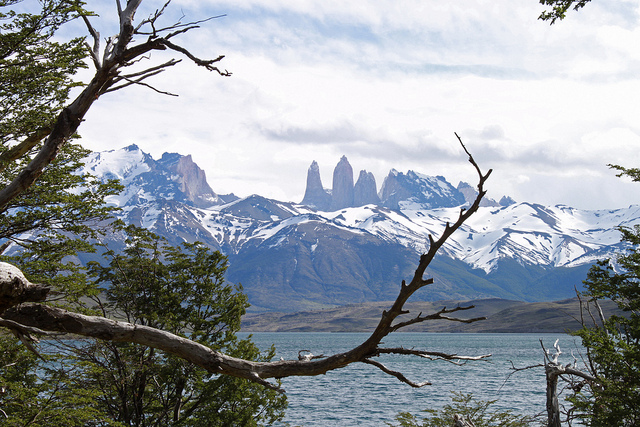 Stunning sceneries, such as Patagonia's Laguna Azul, truly come to life during winter.

Chile is well-known for its unique, diverse and enigmatic wildlife and at no other point in the year will you be able to profit from this so richly and easily than in winter. In the Magellanic south, you can whale-watch, puma-track, penguin-gaze and see gray fox cubs on their first outings without their mothers in the wildernesses of Patagonia. In the desert north, you will be able to feast your eyes on llamas, pink flamingos and foxes. The island of Chiloé has a magnificent penguin colony which thrives in the winter and the the Chilean Lakes District is home to an impressive number of different migratory bird species. And, who can forget about Easter Island, the mystical land of the moai of which the climate varies only slightly throughout the year (unlike the prices,which drop drastically in the winter!) and shelters an impressively diverse flora and fauna. 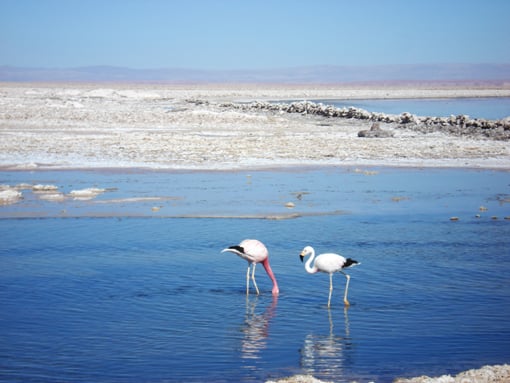 The pink flamingos of the Atacama are just a drop in the ocean of the vast wildlife species that can be spotted in Chile during the winter!

Sound enticing? If you are interested in taking a trip to the gastronomical, cultural, sporty and natural winter paradise that is Chile this season, check out our 5 Chilean winter tour musts and speak to one of our travel experts!

You’re probably familiar with the fact Patagonia is one of the most beautiful regions on Earth. It is one of the last true wild places on the planet,...
END_OF_DOCUMENT_TOKEN_TO_BE_REPLACED

Need some travel inspiration?  Patagonia is a remote destination and getting there is a long trip. But you can travel instantaneously just by...
END_OF_DOCUMENT_TOKEN_TO_BE_REPLACED

Last Update : July, 27th 2022 Planning a trip to Chile? 2020 was a bad year for travelers, with most borders being closed as “stay home” became the...
END_OF_DOCUMENT_TOKEN_TO_BE_REPLACED