25 Things You Didn't Know About Glaciers

If we think back in the swirling mists of time to geography class at school, we all know somewhere deep down that glaciers are more or less giant, slow-moving rivers of ice. But with so many people traveling thousands of miles each year to visit the glaciers of Patagonia, surely there’s got to be more to it than that!

Maybe the answer lies within our list of 25 surprising things you never knew about glaciers?  Read on to find out! 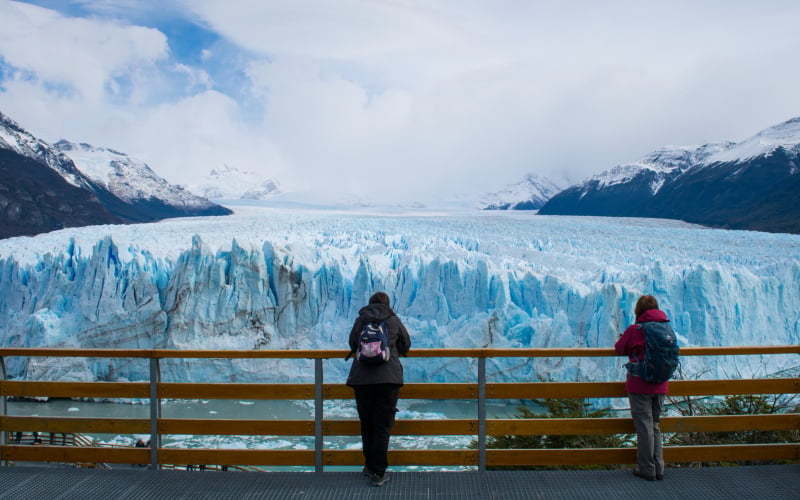 25 Things You Didn't Know About Glaciers

1. The Perito Moreno Glacier, one of the most accessible in Argentinian Patagonia, is 3 miles (5 kilometers) wide with a height of 197 feet (60 meters) on average.

2. Glaciers can end in a meltwater lake, by flowing into the sea, or sometimes by falling off a cliff.

3. If a glacier looks blue it's because the ice within is very dense and all the air has been squeezed out. This dense ice absorbs all of the colors of light except blue.  White glaciers have lots of little air pockets within.

4. The Pio XI Glacier in Chilean Patagonia is the largest glacier in South America and is as big as the capital Santiago!

5. 10% of all the land on Earth is covered with glacial ice, which includes glaciers, ice caps, and the ice sheets of Greenland and Antarctica.

6. Glaciers store about 75% of the world's freshwater.

7. The Pio XI Glacier it is the longest glacier in the southern hemisphere outside of Antarctica.

10. The Perito Moreno Glacier in Argentina advances at a speed of around 2 meters a day, but it is also melting so overall it remains a stable size. 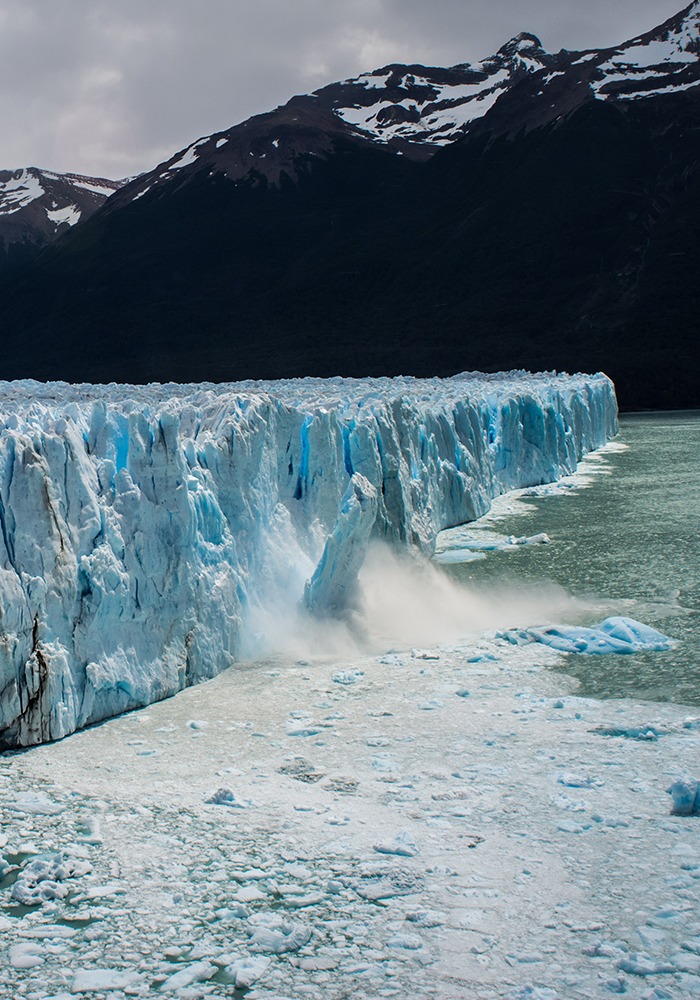 11. During the last ice age, glaciers covered 32% of the total land area of the planet.

12. If all the glaciers and ice caps melted, the sea level would rise approximately 70 meters worldwide.

13. Grey Glacier in Chile measures 270 square kilometers (100 square miles) and can be seen from the Grey trail on the W Trek and the John Gardner Pass on the Torres del Paine Circuit.

14. The ice crystals in a glacier can grow to the size of a baseball.

15. Glaciers are made from snow that falls and is compressed under more falling snow until it forms a thick mass of ice.

16. There are two volcanoes called Lautaro and Viedma hidden under the Southern Patagonian Ice Field but little is known about them due to their remote location.

17. The Northern and Southern Patagonian Ice Fields are similar to ice caps, which are another kind of glacier.

18. Glaciers carve and sculpt the landscape they travel through, eroding the surface and carrying rocks and soil for hundreds of miles.

19. Unlike the normally bright white or blue glaciers, Ventisquero Negro in Argentinian Patagonia near San Carlos de Bariloche is black in color, due to the sediment and rocks mixed in with the ice.

20. Fjords, glaciated valleys, and horns (like the famous Cuernos peaks in Chile’s Torres del Paine National Park) are all created when a glacier cuts away at the rock. That’s why Patagonia has so many distinctive geological formations.

21. Moraines, like the one you have to scramble over to get to the Torres del Paine viewpoint, are formed when glaciers drop the piles of rocks they carry with them.

22. Hanging glaciers form when the end of the glacier pushes out over the edge of a cliff, causing large chunks to break off and smash on the rocks below. There are plenty of hanging glaciers in Patagonia.

23. Icebergs are formed when chunks of ice break away from the nose of a glacier in a process which is known as “calving”. 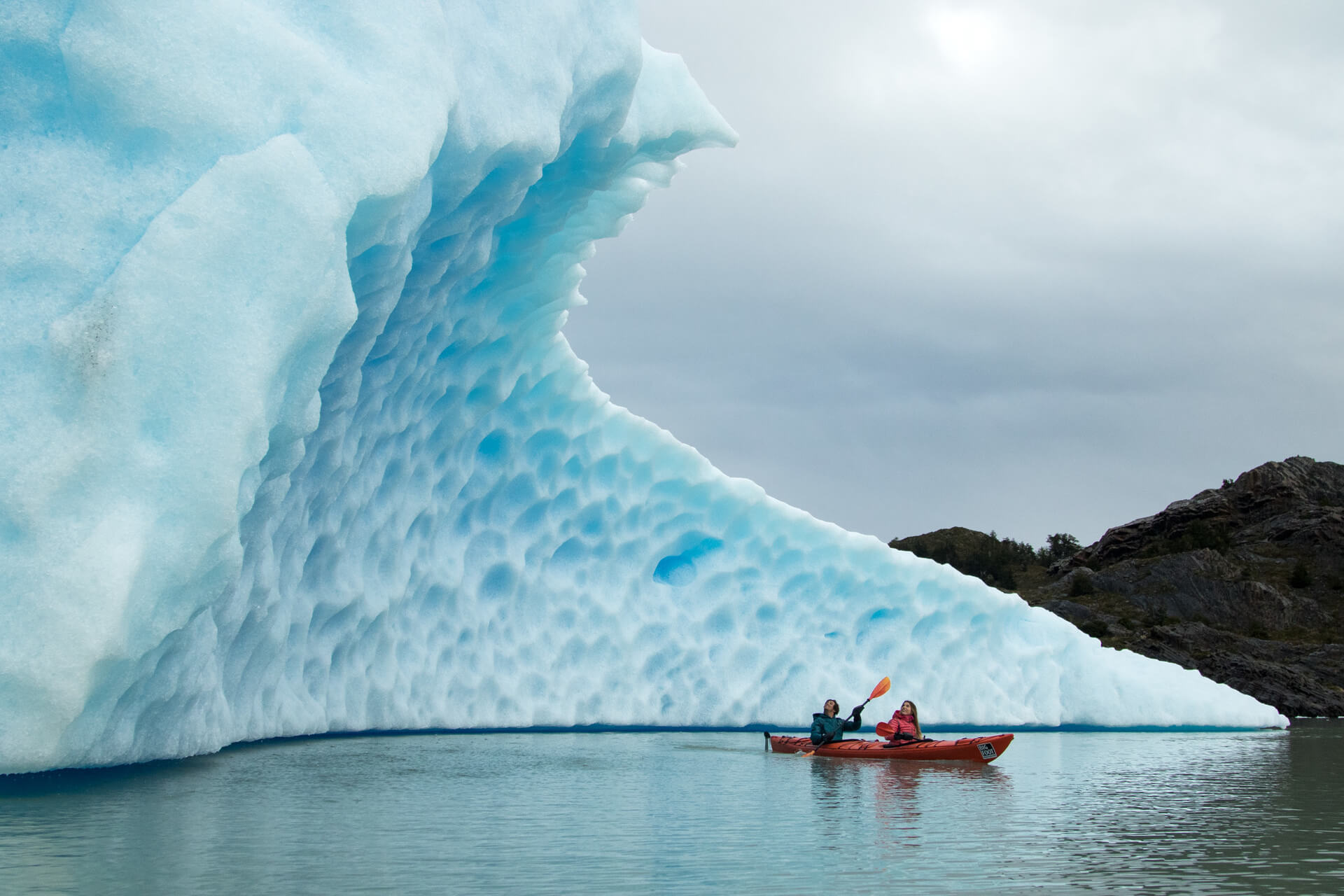 24. If you take the ‘rocks’ for your 'Scotch on the rocks' from a glacier, they’ll last longer in your drink than regular ice-cubes since the ice crystals are larger and the bubbles of air are smaller.

25. Argentina’s Perito Moreno Glacier and Chile’s Pio XI Glacier are the only glaciers in Patagonia that are not currently shrinking.

"You'll never forget seeing a glacier - read this to find out why! To get one step closer to the trip of a lifetime, take a look at some of the many options we offer such as Los Glaciares National Park or a Perito Moreno extension in Argentinean Patagonia, or perhaps the W trek or Wildlife Safari in Torres del Paine National Park."
-Alejandra, Account Executive

There are 18 species of penguins in the world. And the cutest one might be the Magellanic penguin, which can be found in the southernmost region of...
END_OF_DOCUMENT_TOKEN_TO_BE_REPLACED

Chile just had its best Winter days in years.  The country has been experiencing a severe drought for quite some time. According to recent...
END_OF_DOCUMENT_TOKEN_TO_BE_REPLACED

“Patagonia’s ghosts” are not ghosts any more. While pumas were hard to spot just a few decades ago, nowadays travelers from around the world come to...
END_OF_DOCUMENT_TOKEN_TO_BE_REPLACED