Patagonia, at the far southern tip of Chile, is one of the world’s few remaining truly wild frontiers. Venture into the unspoiled Torres del Paine National Park and you’re sure to see flocks, herds, colonies and packs of animals that you’ve never seen before, but it can be difficult to know exactly what you’re looking at and where to search for the more elusive creatures. That’s why a guided safari of Patagonia’s wildlife is the perfect way to see some of the plants and animals that lend Patagonia its unique feel. Your expert guide knows exactly what to look for and where to look for it, as well as being a fount of interesting facts on everything flora and fauna related. Below, here's a little preview of what you might spot on a Wildlife Safari with EcoCamp Patagonia. 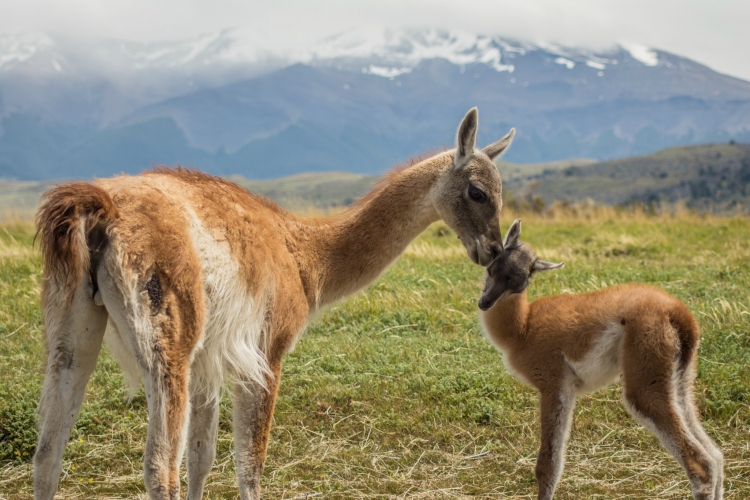 You can see wild guanacos, a cousin of the llama, in many areas of Chile. But there are few places where you’ll see them as up close and personal as in Torres del Paine National Park. Since the national park protects them from hunting, the guanacos here have no fear of humans and will happily wander amongst hikers and nature enthusiasts. 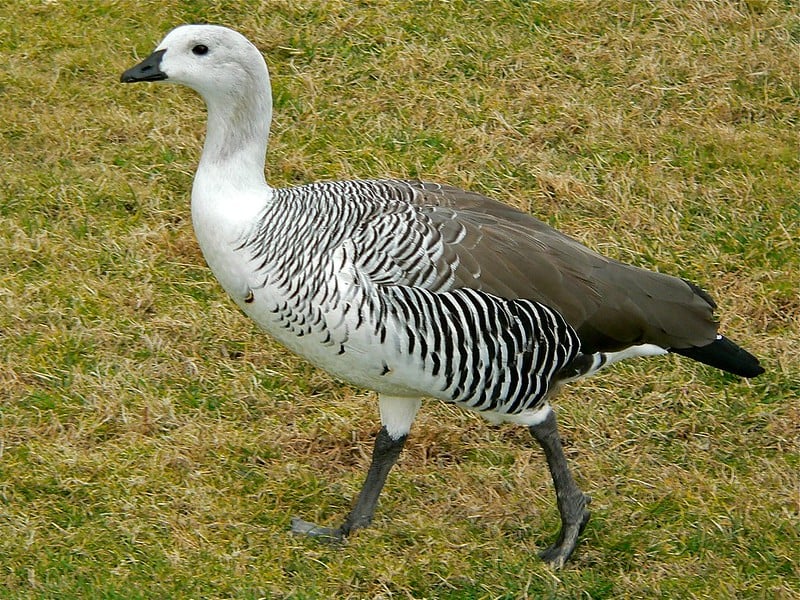 The attractive upland goose is just one of over 115 species of bird that can be found in Torres del Paine. It’s not unusual to find them roaming far away from water sources, wandering through open fields in search for berries, seeds, grass and insects. 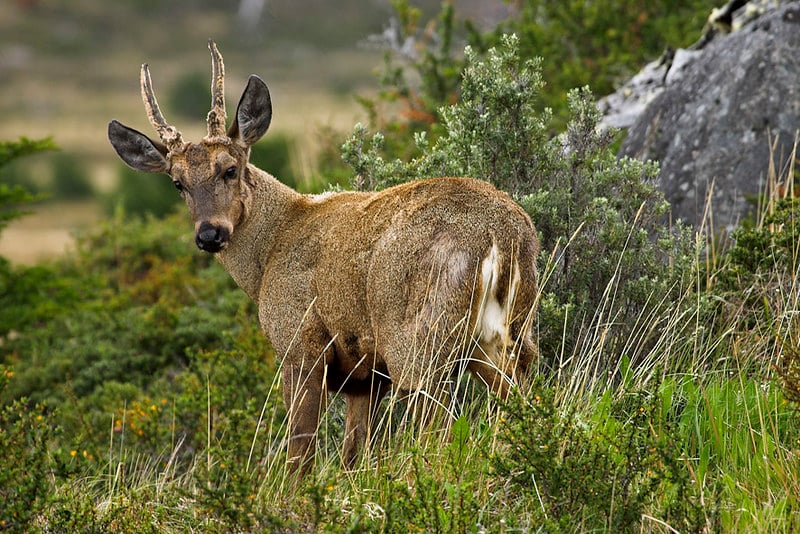 With a careful eye, you may be able to spot one of Patagonia's endangered deer called the "huemul." This gentle deer is only found in Chile and Argentina, with a population of less than 1,500 individuals left. 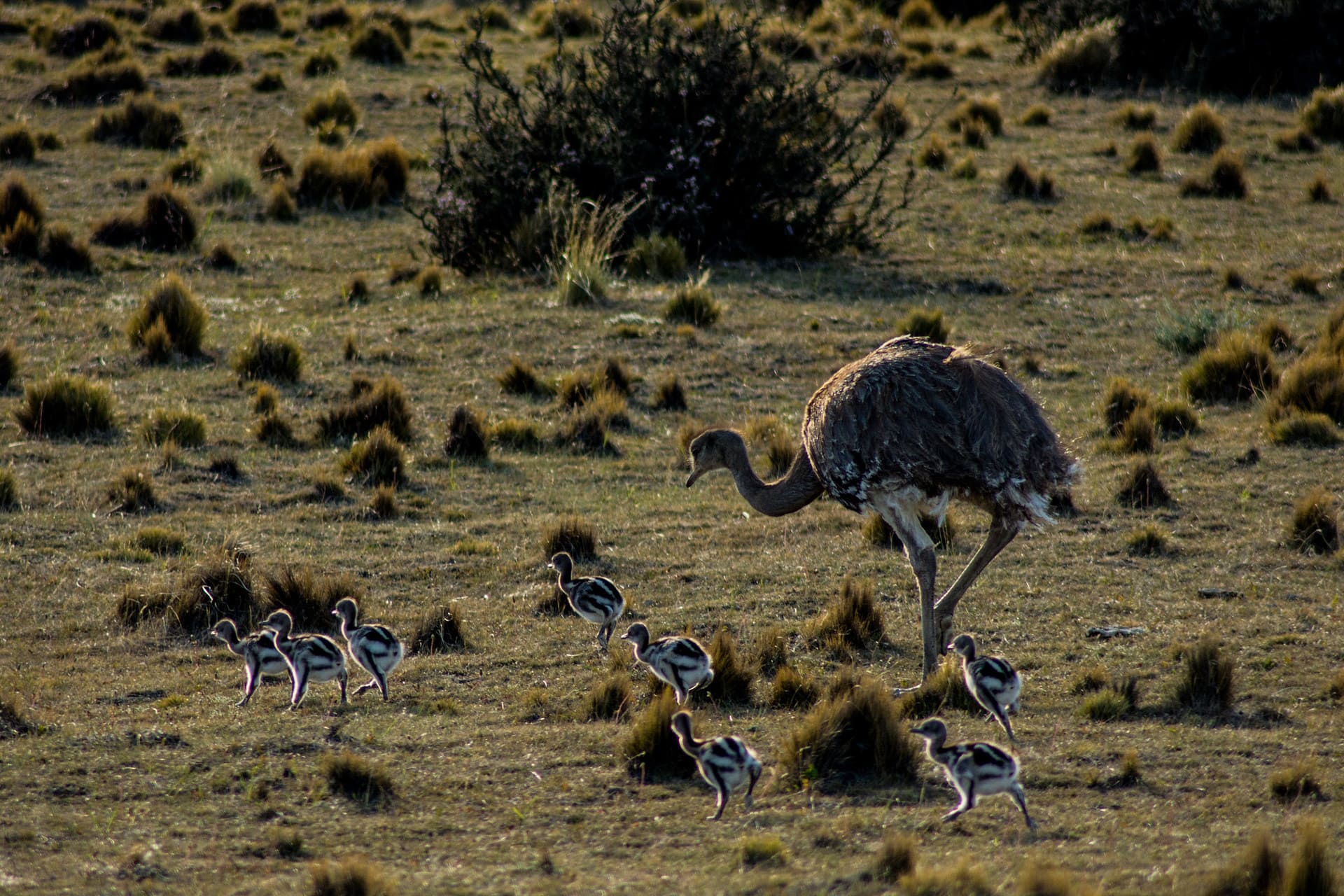 The lesser rhea, known as a ñandu in Spanish, is another of Chilean Patagonia’s iconic animals. Like the guanaco, the rhea in Torres del Paine National Park are fearless of humans, making it easy to get up close and observe these idiosyncratic birds in detail. Keep your eyes open on your journey into the park too, since rhea can often be seen grazing alongside the road. 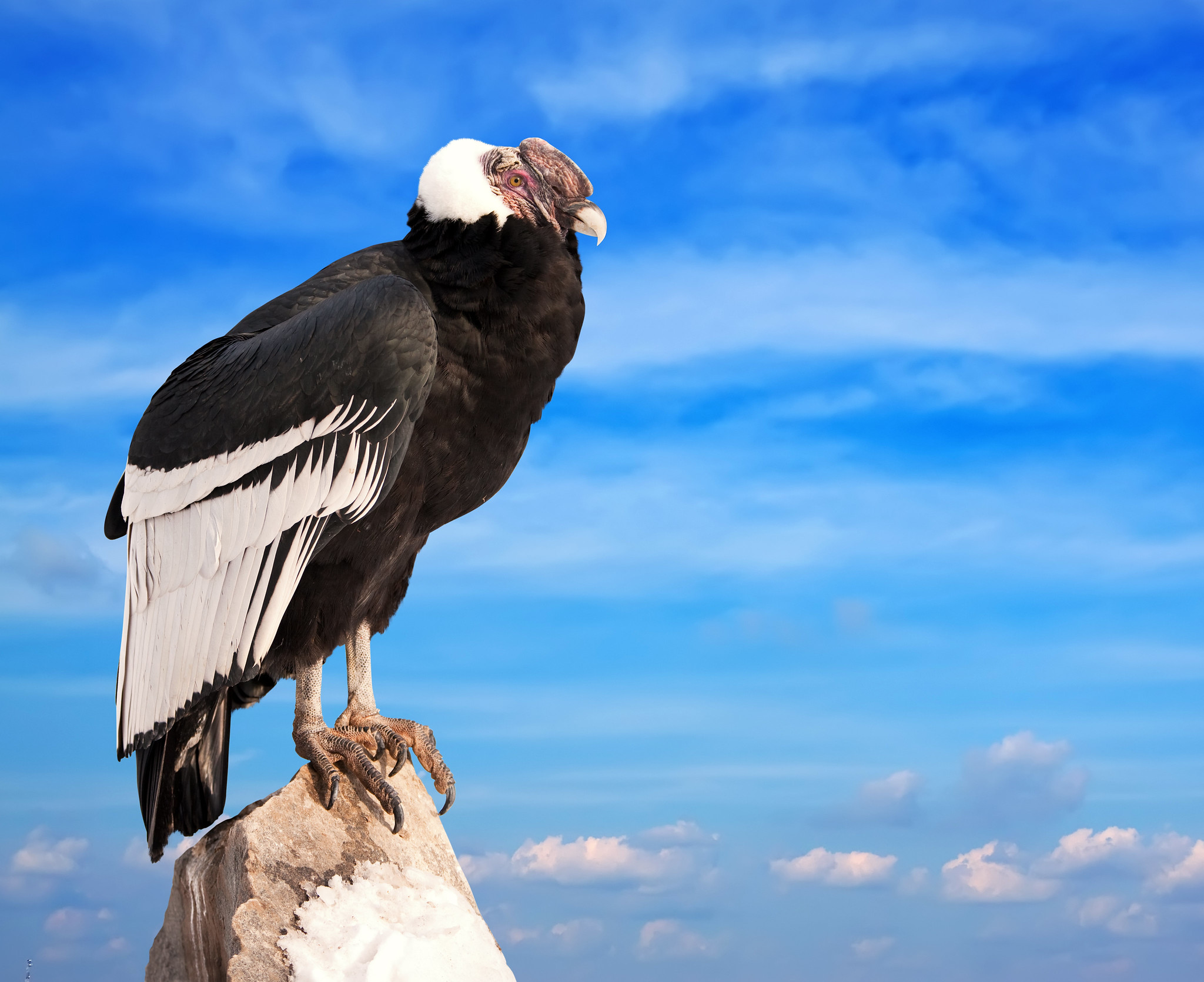 The condor is the national bird of Chile and can be seen in many places up and down the length of this spindly country, but there’s something about the awe-inspiring landscape of Torres del Paine National Park that makes the perfect backdrop for this gigantic scavenger. Up-close, there’s definitely something quite turkey-like about them, but they’re no less imperial for it. 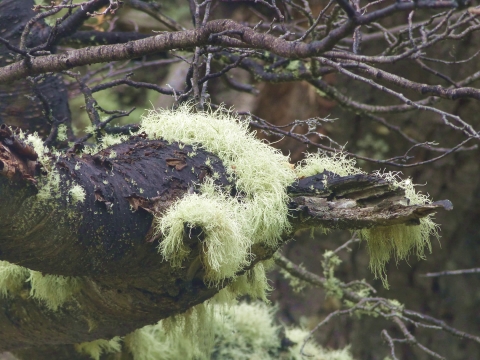 The evocatively named ‘Old Man’s Beard Lichen’ is draped copiously over every spare branch and bough in the enchanting southern beech forests, as if someone let loose with a thousand grey-green party streamers and never got around to clearing up. Along with the green light filtering through the canopy overhead, the abundant lichen lends the forests a magical and secretive flavour. 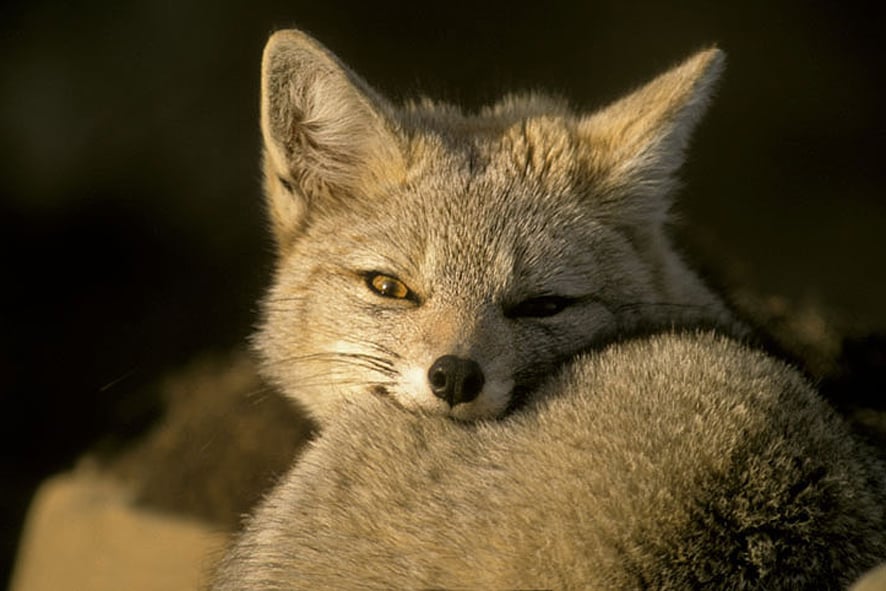 If at first glance you thought that this handsome hunter more closely resembles a wolf than a fox, then you’d be right. The South American Gray Fox is actually a zorro or “false fox”, a unique canid genus that has more in common with wolves than foxes. Whatever its ancestry, this animal is surprisingly common sight in Torres del Paine National Park and it takes your breath away every time. 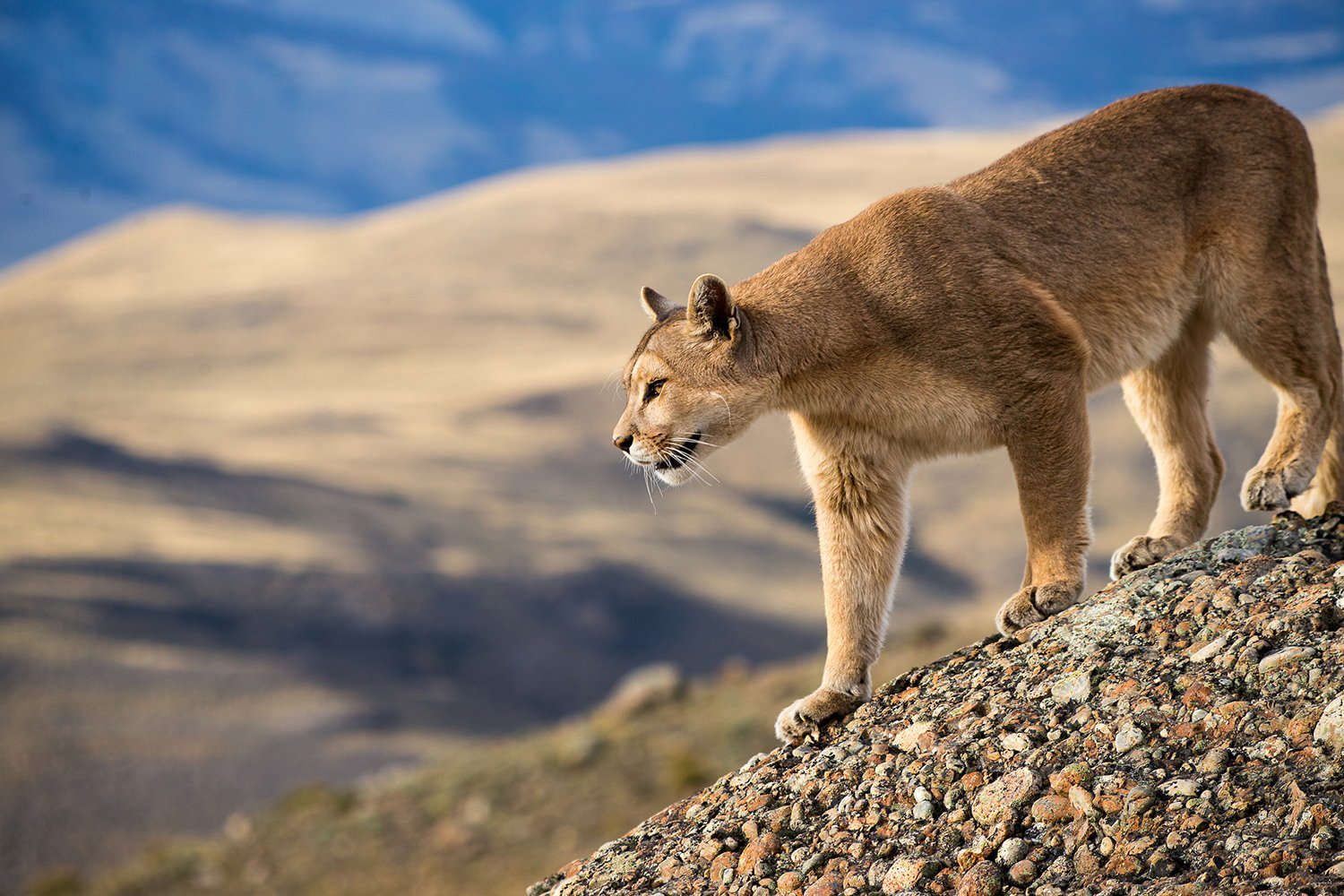 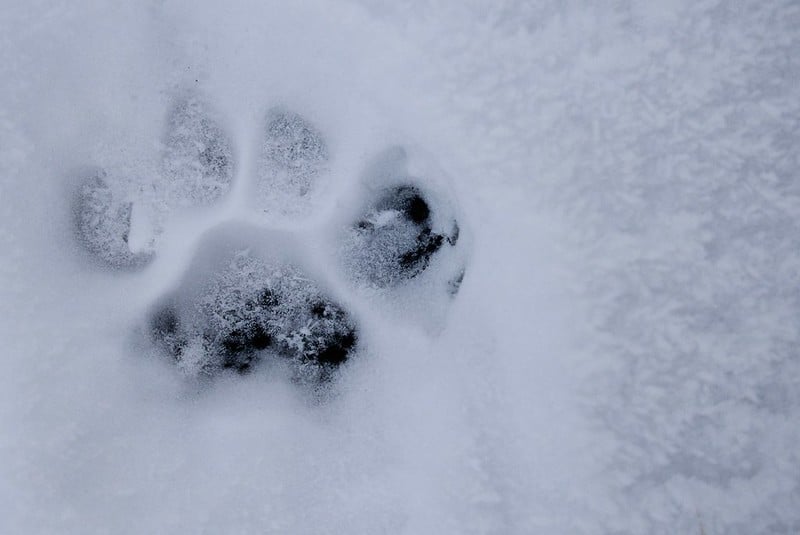 The elusive puma is Torres del Paine’s undisputed top predator, but they tend to keep themselves to themselves. Although you'll be lucky to clap eyes on this big cat, if you keep your eyes open you might well spot signs that they’re around. Look for puma prints or the alarming sound of the guanaco (to alert members of its herd that danger is near). 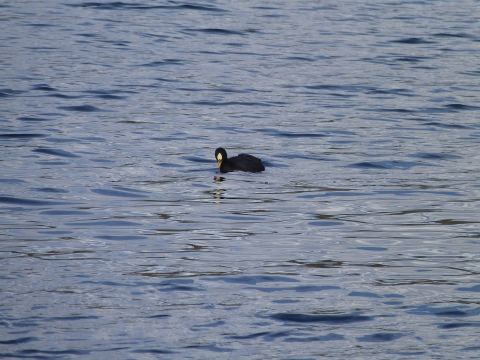 This commonplace coot can be found on many of Torres del Paine’s freshwater lakes. Although not visible whilst swimming, the red gartered coot has a bright crimson streak up each leg, from which it takes its name. Coots will dive to feed on plants and aquatic creatures so don’t be surprised if you find that they’ve suddenly disappeared! 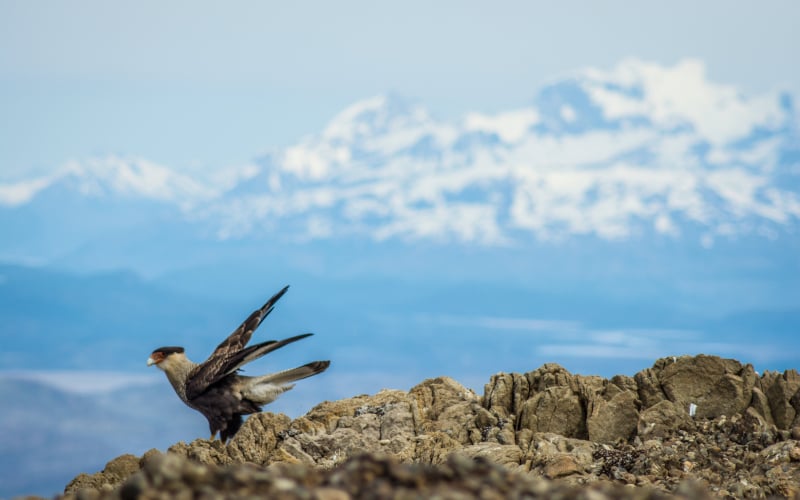 If you see ten birds of prey on your first day in Torres del Paine, the chances are that at least eight of them are probably caranchos, or southern crested caracaras, and you’ll soon learn to recognise them. They’re easily distinguished from eagles when in flight due to the white patches at the ends of their wings and their more elongated silhouette.

To book your own Wildlife Safari, click here or write to us at reservations@cascada.travel

There are 18 species of penguins in the world. And the cutest one might be the Magellanic penguin, which can be found in the southernmost region of...
END_OF_DOCUMENT_TOKEN_TO_BE_REPLACED

You may not have heard about Kawésqar national park, but this is actually one of the largest national parks in the world, with an area of 7,023,542...
END_OF_DOCUMENT_TOKEN_TO_BE_REPLACED

When is the best time to travel to Torres del Paine? While it might seem easy to answer that question considering aspects of weather, planning a trip...
END_OF_DOCUMENT_TOKEN_TO_BE_REPLACED