The Southern Lights in Patagonia

We’ve all heard of the breathtaking Aurora Borealis which light up northern skies, leaving them awash with gleaming, colourful swirls of magic and awe. But we tend not to wax quite so lyrical about their equally beautiful, but far rarer to spot, southern sibling, the Aurora Australis...

An ‘aurora’ (Aurora was the Roman goddess of dawn) is a spectacular, atmospheric light show put on by Mother Nature for the enjoyment of a lucky few in the right place at the right time. The Sun releases a stream of fast-travelling, ionized particles into empty space (a “solar wind”), which travels a distance of roughly 93 million miles to reach the Earth. Composed as it is of magnetic elements such as iron, nickel and cobalt, our planet acts as a huge magnet, attracting the charged particles. These proceed to knock up against the Earth’s magnetosphere (the magnetic field encompassing the Earth). 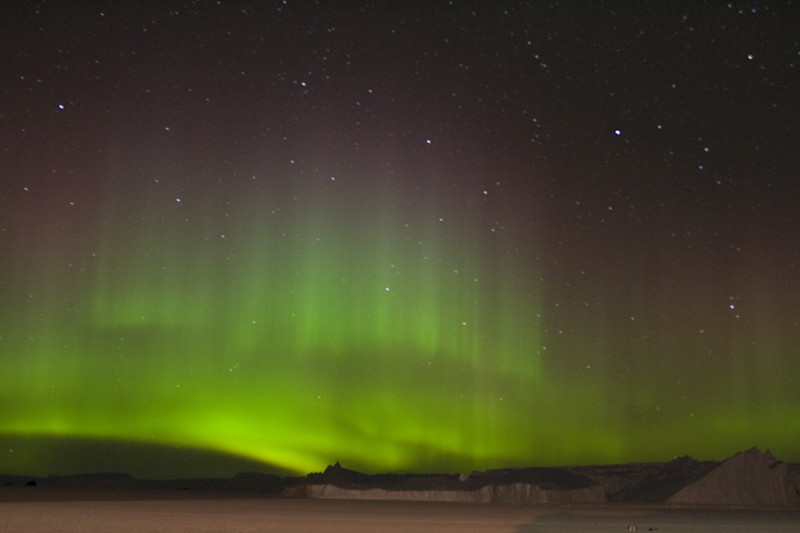 Normally, the magnetosphere prevents any of the solar wind filtering into the atmosphere, but it is naturally thinner in areas with higher latitudes, i.e. the polar regions. The magnetic poles of the planet also attract the charged particles irresistibly. This means that some charged particles can come into contact with the gases in the Earth’s atmosphere. These gases become “excited” upon colliding with the charged interlopers from outer space, and the released energy causes them to glow and dance - just like gases in fluorescent tube lighting, which light up in different colours if an electrical current is passed through them. The commonest, pale green colour in an aurora is caused by oxygen in the atmosphere. The rarer red tinge is also caused by oxygen, only at far higher altitudes. The blues and purples result from the charged particles colliding with nitrogen. 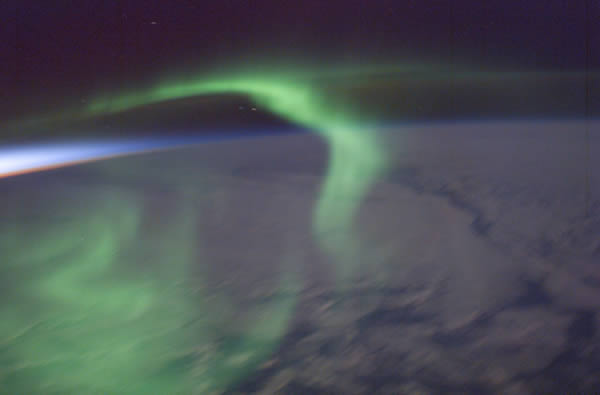 View of Aurora Australis from the International Space Station

The Southern Lights can be seen in many parts of the Southern Hemisphere, including parts of Patagonia, Australia, New Zealand and, the best place to spot them of all, Antarctica. Nothing can ever be guaranteed, as with any natural phenomenon, but your best chance of experiencing this dazzling display is between April and September. You want to be out with eyes wide and peeled on a dark, dark night, preferably moonless, so check the calendar in advance to maximise your chances. Minimal cloud cover is also desirable, meaning that a quick glance at the weather forecast might make all the difference.

Just a couple of months ago, lucky visitors on their way to stay at EcoCamp Patagonia were treated to the mesmerizing spectacle as dusk fell... You can read all about their unforgettable experience here, and it just goes to show that the lights in Patagonia are no myth. There's no doubt about it - this remote wilderness at the very tip of the world, the legendary home to giants and even its own dragons, is every now and then blessed by the flickering red, green, and violet kaleidoscope of the Aurora Australis... 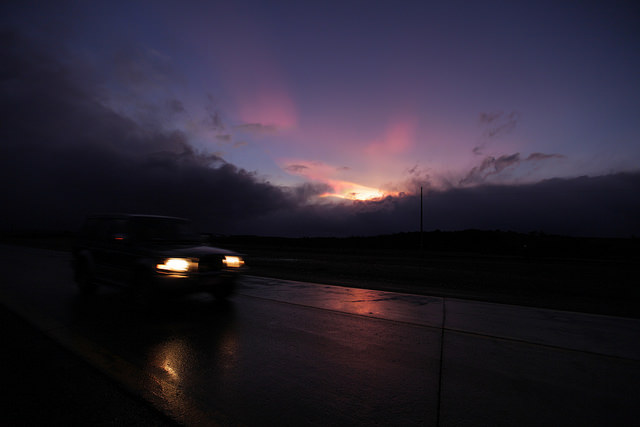 The Aurora Australis as seen on the way to EcoCamp Patagonia this year!

Unsurprisingly, prior to the advent of modern science and space research, the Southern Lights were the object of much speculation and myth-making over the ages. Aboriginal Australians recognised them as the dancing gods, whilst the Māori of New Zealand believed a brave group of their ancestors had ventured southwards by canoe, and were now stuck in the ice. The lights were said to be the reflections of their torches and bonfires. In southern Australia, some indigenous tribes thought them to be the bonfires lit by the spirits of their deceased ancestors, who now inhabited Kangaroo Island, the home of the dead. 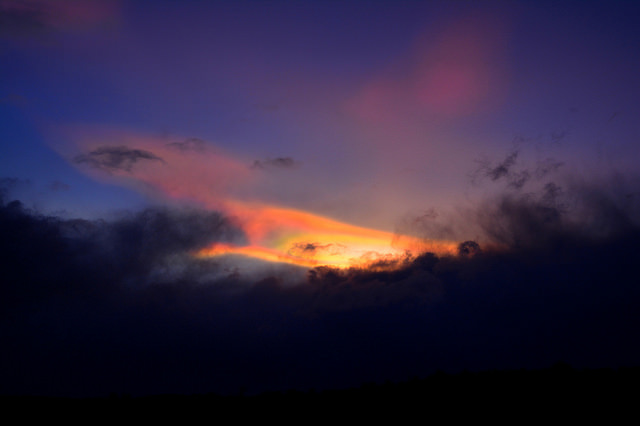 The Aurora Australis this year in Chilean Patagonia!

Meanwhile in the Northern Hemisphere, Norse mythology explained the Aurora Borealis as the furious galloping of the Valkyries (ferocious and brave female warriors) across the star-paved night sky, their shining helmets, armour, and shields casting the gleaming colours out to illuminate the darkness. The Alaskan Inuits explained the aurora as the skybound souls of the deer, salmon, whales and seals they hunted, whilst in Ancient China they were believed to be sparring dragons. In Finland, the Aurora Borealis are known as Revontulet, meaning “fox-fires”. This is thought to be inspired by an old myth from Lapland, whose story goes that the lights are caused by a playful fox dashing and darting into and over powdery drifts of snow, its swishing tail sending a spray of sparkling snowflakes skywards. 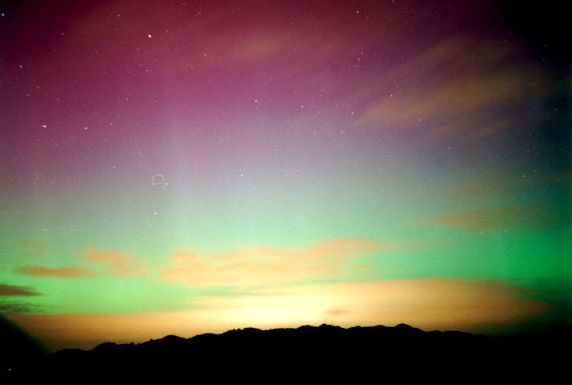 The Southern Lights from New Zealand

So why not schedule a wintry trip down south next year to the Patagonian wilderness, and keep your fingers tightly crossed to be a lucky witness to a shimmering curtain of light swathing the night sky? A wonder of nature which has mesmerised and captivated the human imagination for millennia, the Aurora Australis is not to be missed.

You may not have heard about Kawésqar national park, but this is actually one of the largest national parks in the world, with an area of 7,023,542...
END_OF_DOCUMENT_TOKEN_TO_BE_REPLACED

When is the best time to travel to Torres del Paine? While it might seem easy to answer that question considering aspects of weather, planning a trip...
END_OF_DOCUMENT_TOKEN_TO_BE_REPLACED

“Winter is cold” , “Days in Winter are Short”, “There is snow in Winter”. While these statements are pretty accurate in Torres del Paine National...
END_OF_DOCUMENT_TOKEN_TO_BE_REPLACED