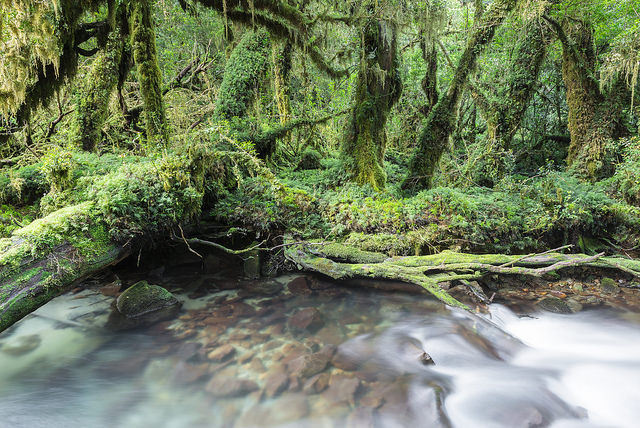 Chiloé: Land of Myths and Sea

A short ferry ride from the mainland, Chiloé’s isolation has given rise to a plethora of centuries-old stories about the islands and the sea surrounding them. These legends, despite the presence of modern, Spanish-brought religions, are still relevant and widely believed around the islands today.

The very creation of the Chiloé archipelago itself is rooted in mythology. Legend has it that the water god Caicai Vilu rose from the depths as a massive serpent, meaning to drown the lowlands of coastal Chile. Trentren Vilu, the god of the earth, battled the monster for a long time and in the end won, but was not able to reunite the islands with the mainland.

The Righteous Province, the Male Witches of the Islands

Perhaps Chiloé’s most well-known and disturbing legends involve the brujos, a coven of male witches who have long been a dark presence over the island. Islanders who were reportedly members of the sect were brought to trial in the 1880s, and it’s from their confessions that much of what is known about the brujos originates.

Males wishing to join the cult, which is referred to as “The Righteous Province,” are required to undergo a grueling initiation process, including washing away baptism for forty days under a cold waterfall, signing a deal with the devil, and killing a loved one to use their skin as a purse in which to carry a book of spells. Members can transform into animals like dark birds and dogs, and are capable of powerful spells and sorcery.

The brujos’ cave is guarded by a Frankenstein-esque creature called the Imbunche or Invunche, a former child who was stolen during the first year of its life and mutilated by the witches. Its hands, arms, legs, and feet are disjointed, its head is slowly twisted around 180 degrees so it faces backwards, and its right arm is sewn into a deep cut in the right shoulder. The Imbunche is incapable of speech, communicating with cries and grunts, and is fed on human and animal flesh. Anyone who spies the Imbunche guarding the cave is immediately frozen to the spot for all eternity.

The brujos also employ a creature known as La Voladora to run nightly errands. A young woman, usually a relative of someone in the coven, is selected for this dubious honor. To carry messages for the brujos, the Voladora is fed a noxious drink that forces her to vomit up her internal organs. She then changes into a black bird and flies around the island at night. Her screeching cries bring bad luck, something many old Chilotes will warn people about when a black bird is seen. 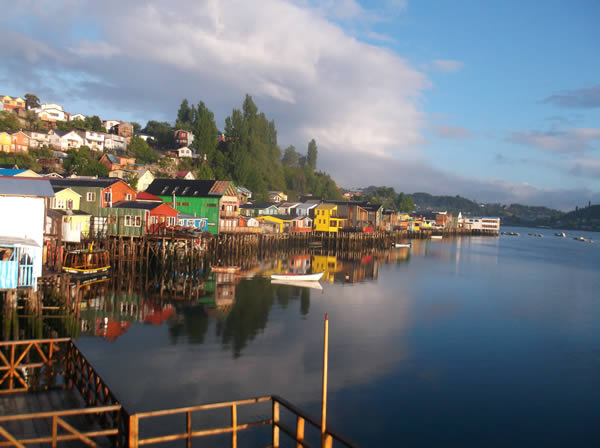 Trolls, Mermaids, and Ghosts, Oh My!

In addition to the brujos, the island plays host to a whole cast of mythological characters. El Trauco (the troll), for example, is the local trickster, who has also filled the role of convenient scapegoat for gallivanting men. The troll’s breath makes him irresistible to young women, especially virgins, and using his breath, he’ll lure them away into the woods and impregnate them. If in olden times a young virgin was suddenly out of the blue with child, the troll was always to blame.

But those very men that got off easy because of El Trauco had to keep their eyes peeled for his wife, the ugly La Fiura. A similarly halitosis-ridden woman, she lives in the woods, wearing only moss for clothing. She lures young men by bathing seductively in ponds and under waterfalls before seducing them and then either killing them or making them lose their minds.

But as Chiloé is an archipelago, many of their legends gravitate around the ocean.

The resident sea-god bigwig is Millalobo, a frightful apparition with the body of a seal and the head of a human mixed with a fish. His name means “gold wolf,” because he is always covered in gold. He controls the animals of the sea surrounding Chiloé, is married to a former human called Huenchula, and has three children: La Sirena (a mermaid), El Pincoy, and La Pincoya.

El Pincoy, who has the body of a seal like his father but only a human head, is tasked with carrying out Millalobo’s commands. La Pincoya, an ocean goddess renowned for her beauty, appears to fishermen covered in kelp, either riding the waves or walking along the beach. Her appearance represents times of good fishing if she faces the sea. But if she faces the land, the fishermen know to expect a food shortage.

No island is complete without a ghost ship legend, and Chiloé has an excellent one in El Caleuche. The ship, staffed by drowned soldiers and fishermen who are carried there by a magical sea horse, moves secretively in fog and is capable of travelling above or below the water.  Island inhabitants have reported hearing beautiful music and sounds of partying onboard. It is also said that the ship is used by the brujos as a mode of transportation. 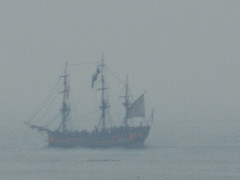 There are also many more myths that are a part of Chiloé’s heritage, including El Basilico, a cockerel-headed snake who turns people to stone with his gaze, the camahueto, a calf with a special horn that is said to cure all manner of ailments, and the peuchen, a giant flying snake that sucks the blood of sheep.

The myths of Chiloé have long pervaded the literary culture of Patagonia as well. Bruce Chatwin made reference to the Imbunche and coven of male witches in his famous travelogue In Patagonia, and José Donoso drew inspiration from the Imbunche myth as well in his dark and brooding novel, The Obscene Bird of Night. There is even a strong argument that the fabled “giants” of Tierra del Fuego were inspiration for the character of Caliban in Shakespeare’s The Tempest.

Eager to learn more or see the place that inspired the myths? Chiloé is reachable via ferry by car and bus, is accessible by plane, and is waiting to entrance you. Maybe you’ll come back with some magical stories of your own. It's the month of September! That means it's time to celebrate Chile. It is Fiestas Patrias, the country's independence holidays and a time to...
END_OF_DOCUMENT_TOKEN_TO_BE_REPLACED Deep in the midst of Chile’s rainy Lake District is a foggy, mystical land called Chiloé. It’s a dreamy archipelago situated just off the mainland...
END_OF_DOCUMENT_TOKEN_TO_BE_REPLACED