Do you see him? The puma– he’s over there! Look behind the rock and through the leafy branches and you might see him chewing vigorously on his juicy morning snack. Maqui is a quiet guy, elusive by nature. But with a little luck, visitors may spot him or his pal Huilo during a visit to Refugio Animal Cascada, an animal sanctuary based in the Cajón de Maipo in Chile’s central region.

Refugio Animal Cascada is family-owned and aims to provide a safe space for native fauna that is mentally or physically at risk. It first opened back in 2003. Through their extensive rehabilitation programs and in-depth education services, they are passionately working to protect thousands of native animals throughout Chile.

The sanctuary has defined two main purposes: to rehabilitate and to educate. When it comes to rehabilitation, the Refugio takes in all sorts of species and nurses them back to health. Through the years, they have received more than 800 animals and 60 different species, most of which were eventually released back into the wild. Animals can include pumas, foxes, parrots, owls, eagles and more. 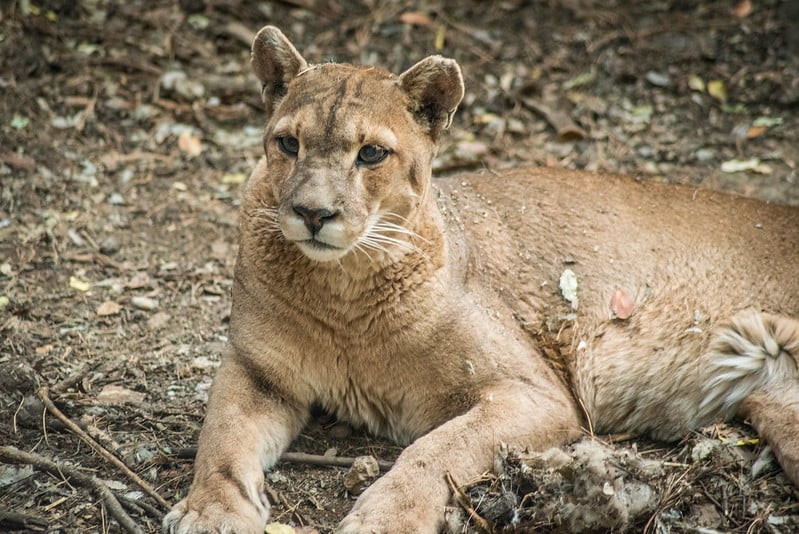 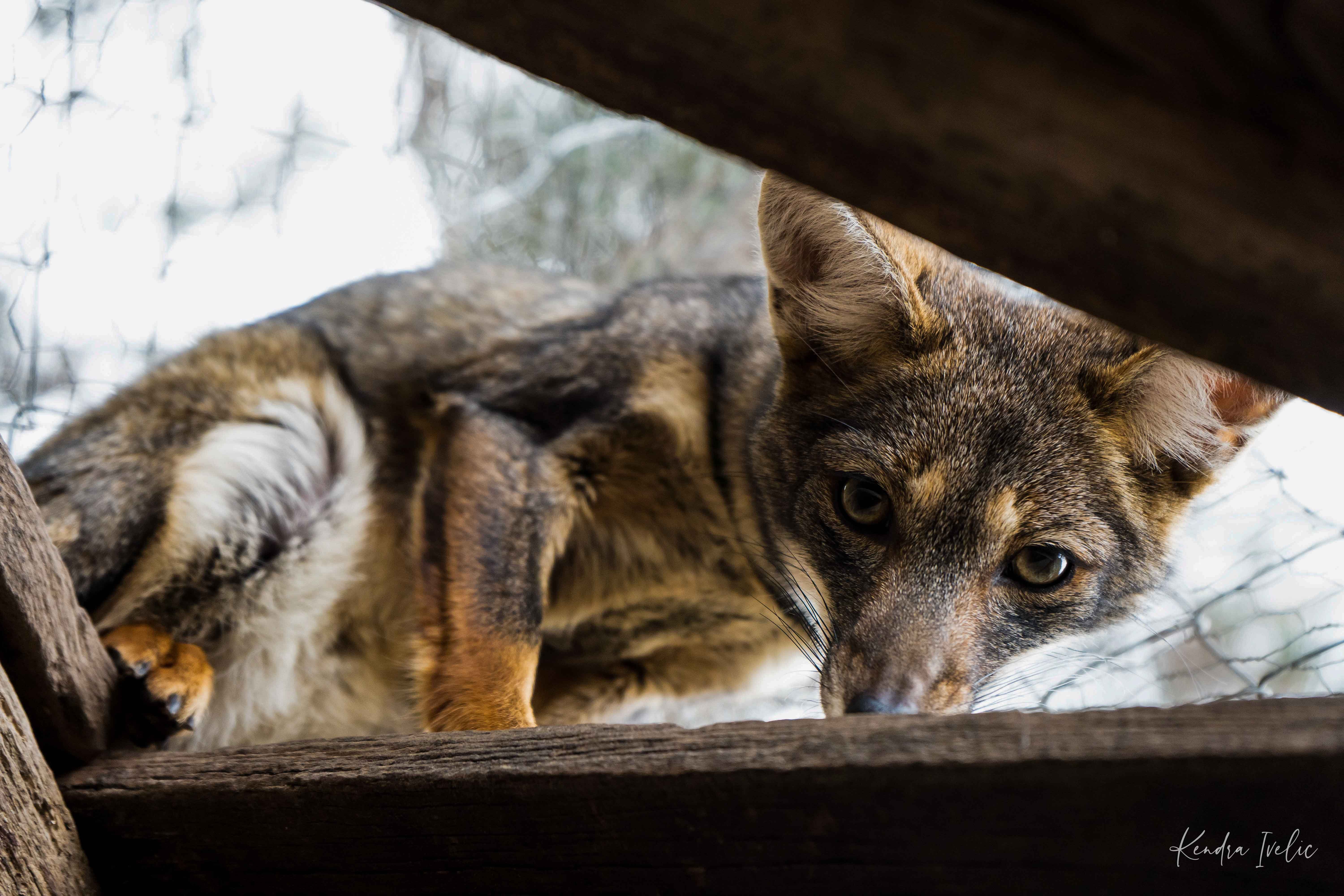 Unfortunately, rehabilitation is not always possible. There is the occasion when an animal has been so severely injured or psychologically damaged that it is unable to survive in the wild. These animals live permanently in the Refugio and their enclosures are used as exhibitions to teach visitors and local children about conservation.

According to the sanctuary’s biologist and general coordinator Kendra Ivelic, education is a key component in conservation. She regularly invites local schools to visit the sanctuary, aiming to influence the next generation to make decisions that are beneficial for the environment. “If I show people what foxes do, who they are and what happens if they aren’t in the ecosystem then that’s my real power in conservation,” said Ivelic. 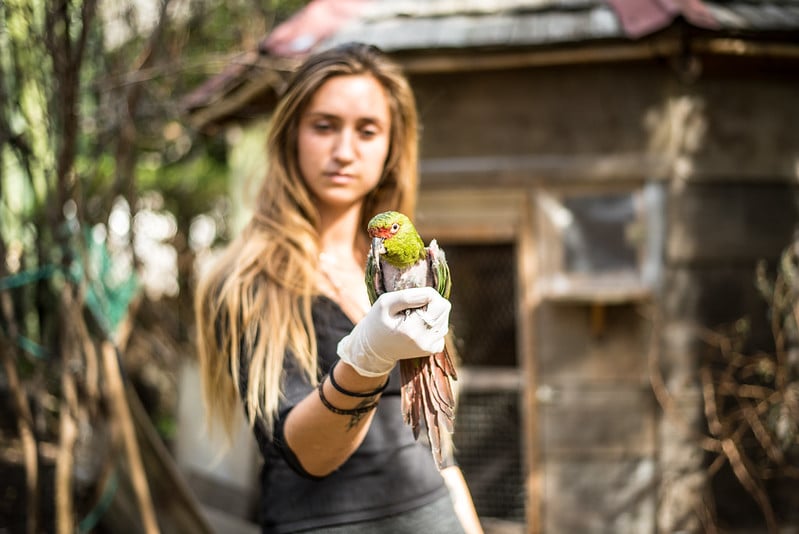 Ivelic and her family feel inspired to help because humans are the reason that so many of these animals are at risk. “All of the animals we get are from human impact,” said Ivelic. Sadly, the problem is not only in Chile. Each year, thousands of species around the world are put at risk due to poaching, loss of habitat, illegal pet trade and a variety of other issues, most of which root from irresponsible human activity. Passionate conservationists, such as those at the Refugio, are doing their absolute all to give some of these animals a second chance at life.

Luckily, Ivelic and the team at the Refugio have plenty of help and support. Throughout Chile, there is a network of 24 rehabilitation centers and various conservationists all working towards the same goal of protecting different native species. “We all collaborate with each other,” said Ivelic. “So in that sense, we are not doing this alone. If I have any trouble with any animal, I am part of this network and all of the doctors and veterinarians help each other.”

The Refugio has even received international support with a visit from Jane Goodall, one of the world’s biggest icons in conservation. A couple of years back, Ivelic spent the whole day with Goodall and showed her the animals, enclosures and rehabilitation areas. According to Ivelic, Goodall hopes to expand her youth service program “Roots & Shoots” in Chile. Currently, the Refugio is looking to create more infrastructure for the animals. Once they reach these goals, they plan to work directly with the “Roots & Shoots” program and Goodall’s institute.

Big spaces that represent the animals’ original habitat are very important, especially for animals that cannot be released back into the wild. “If they are going to stay, you want these enclosures to be as big as possible and as rich as possible,” said Ivelic. “With trees, with rocks, with streams, with everything.” Ivelic wants visitors to feel like they are immersed in the animals’ environment without disturbing the creatures living inside. The idea is that if you are lucky, you might see an animal. 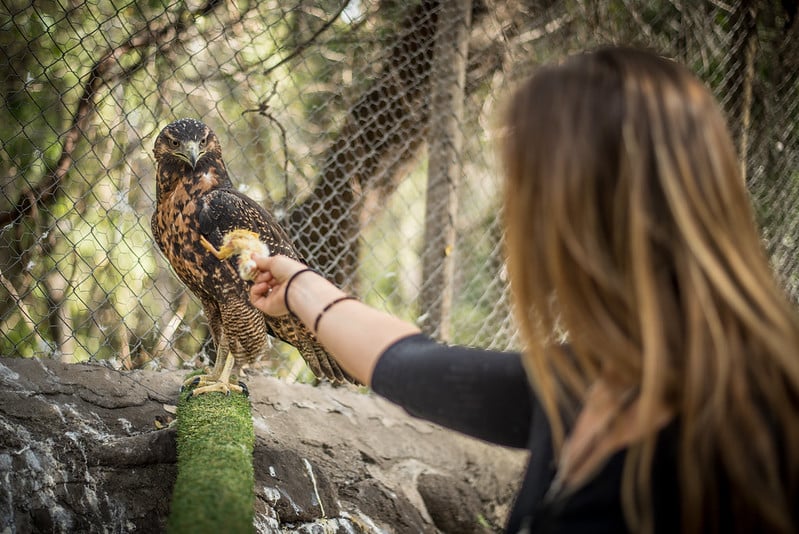 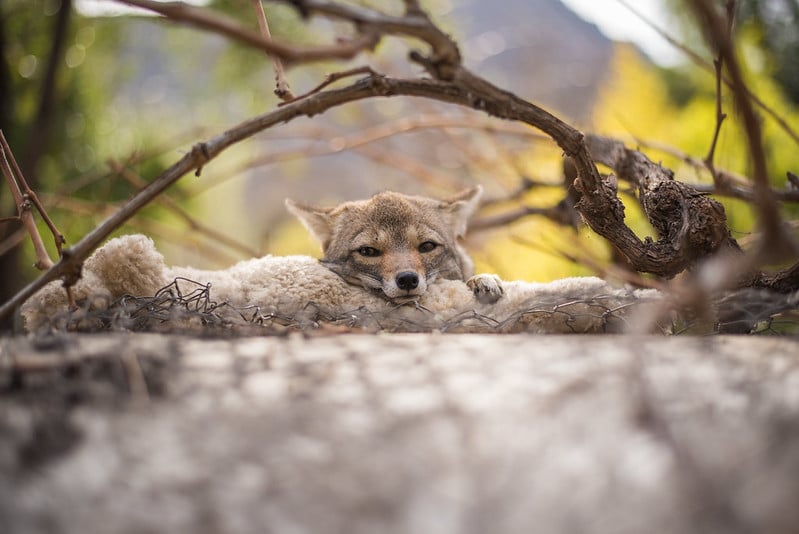 In the upcoming months, Ivelic and the team plan to start fundraising to raise money for new infrastructure. They hope to raise enough to eventually build seven enclosures for different animals. The first enclosure they want to create is for the foxes, the mammal that they receive the most. “There are many centers that don’t know what to do with foxes anymore because they can’t be released.” With a new, spacious home, injured and psychologically damaged foxes will have a new place to live safely and comfortably.

After the foxes, they hope to expand the puma enclosure and then the raptors, small birds and so on. The goals may seem ambitious, but the team at the Refugio are determined to protect more animals and influence others to do the same. The long term plan is to eventually replicate the center in other parts of Chile, saving more native species and educating new people. In the words of Jane Goodall, both a guru of animal rights and friend of Refugio Animal Cascada, “What you do makes a difference, and you have to decide what difference you want to make.”

To learn more about Refugio Animal Cascada, check out their web page or follow them on social media.

“Patagonia’s ghosts” are not ghosts any more. While pumas were hard to spot just a few decades ago, nowadays travelers from around the world come to...
END_OF_DOCUMENT_TOKEN_TO_BE_REPLACED

Have you ever done a Safari?  If you haven’t, I bet pictures of lions and elephants come to your mind just by listening to the word “Safari”. And if...
END_OF_DOCUMENT_TOKEN_TO_BE_REPLACED

Earth Day 2021 is here (and we needed it!) Wait...Why was Earth Day created in the first place? This major environmental movement was born on April,...
END_OF_DOCUMENT_TOKEN_TO_BE_REPLACED