Patagonia's Past: The History of the Irish in Chile

It’s Saint Patrick’s Day, and that means that today, across the world, Irish people and people who wish they were Irish will be downing insane amounts of beer, tucking into corned beef and soda bread, and having a merry ol’ time. Including the Irish-Chileans.

Wait...Irish people in Chile? You bet! (Luck of the Irish, right?)

In the 18th century, when large waves of European immigrants were pouring into the Chilean south to take advantage of the “free” land (most of which belonged to native tribes) and/or to seek a better life away from oppression and persecution in their native countries, the Irish were one of the most notable and influential groups, with their large numbers now reflected in a hefty number of modern Chileans boasting of Irish heritage (at least 120,000 direct Irish, 700,000 from the British Isles).

With the majority migrating over to Chile in the 18th and early 19th century, Irish-Chileans form a very important part of the cultural fabric of the south, with many immigrants becoming sheep farmers in the Magallanes region. Spain (which owned Chile until the War of Independence in the early 1800s) put Chile on the map for many Irishmen as a viable place to move to, which they did in droves, to a place where the fields of waving grass, wide open pampas, and chill weather of the Magallanes region likely reminded them of home. This made them prime movers-and-shakers in the colonization of Patagonia and Chile’s south.

For the Irish, Chile offered a haven from the Protestant government back in England, which harshly discriminated against Irish Catholicism. Their flight to South America was part of a larger immigration trend known as “The Wild Geese,” which referred to the Irish leaving their homeland en masse during the 16th, 17th, and 18th centuries to flee religious persecution. Arriving in Chile, they brought their religion and culture, and Irish cultural identity fused into the overall cultural identity of the south of Chile. Today, many Irish-Chileans in the south can point to their heritage through the  “Hispanicization” versions of their surnames, where their Irish last names have been tweaked to fit the language of their new home.

One of the best places to unearth the history of the Irish in Chile is in Punta Arenas, a tiny town on the Strait of Magellan that is today mostly known for its tourism and as being the gateway to Chile’s Patagonia landmarks such as Torres del Paine National Park.

In the famous Punta Arenas Cemetery, which has been called one of the most beautiful cemeteries in the world and is a Chilean National Monument, it is possible to find evidence of the vast Irish population in 18th century Punta Arenas.

Irish-Chileans have shown their influence in all areas of Chilean society, finding success in the military, politics, the arts, and medical fields.

The most famous Irish-Chilean is Bernardo O’Higgins, known as the Liberator or the “Father of Chile” thanks to his leading role in the Chilean war for independence from Spain and his influence in the politics that helped shape the new republic. 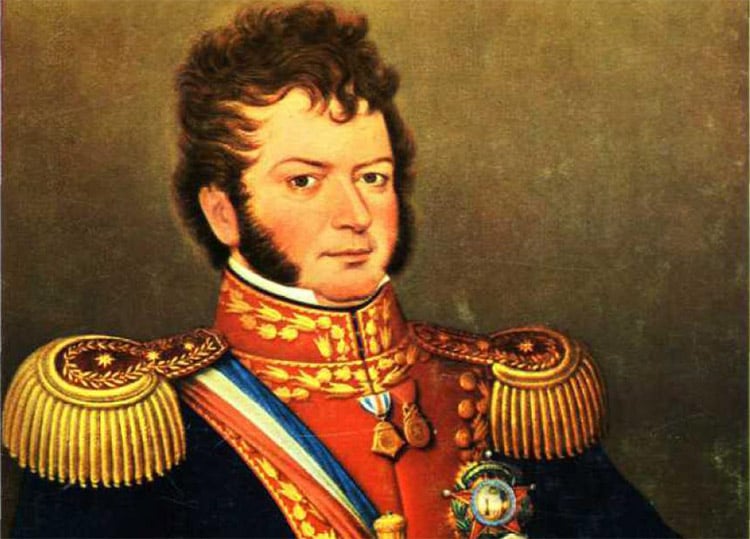 Despite his illegitimate birth, he traveled and studied extensively during his youth, returning to Chile after his father’s death. He then became involved in the liberation movement, offering political advice (such as the necessity of forming a national congress) as well as fighting bravely on the battlefield during the war, advancing to the rank of general.

When the war ended in 1818, O’Higgins accepted the position of Supreme Director, and was the first leader of Chile as an independent country. He made great strides in creating the political, economic, and social framework of what a country needs to operate, such as establishing courts, markets, hospitals, and more, but ultimately his efforts to depose the Chilean nobility’s place at the top of the social food chain and implement true democracy resulted in him being ousted by a coup. He left the country, never to see it again, and passed away in Peru in 1842.

Today, there are monuments dedicated to him all over Chile, as well as one in Dublin, and he is revered as one of Chile’s founding fathers. The town of Villa O’Higgins, located in the Aysen region and accessible via the Carretera Austral, was founded and named after him.

But back to the celebration at hand. Everyone knows that to celebrate St. Paddy’s Day, you gotta have good beer, and that’s something that Chile has plenty of - thanks to the Germans.

Despite their well-documented love of beer (although whiskey was arguably the en vogue drink back in Ireland at the time), the Irish did not make a big splash when bringing their heritage of brewing to Chile. This may be because another country was also courting Chile’s lovely freedom and opportunities. The Germans - who also settled in the south and have a strong cultural footprint there as well - helped Chile develop a strong tradition of craft brewing that has recently resulted in a microbrewery boom. 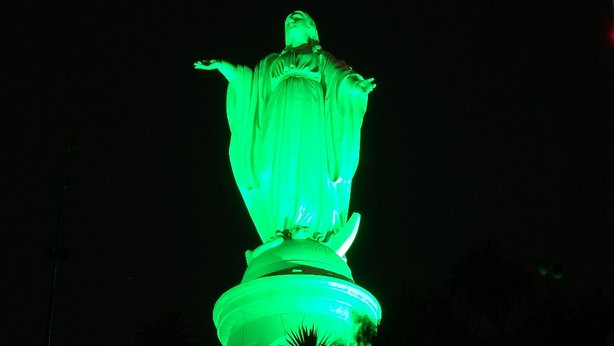 Today, Saint Patrick’s Day is mostly celebrated by Irish-Chileans and expats, with Irish-themed pubs like the Shamrock in Santiago hosting parties. In previous years, The Wild Geese, the official society for Irish people in Chile, have helped organize festivities, such as lighting famous Santiago landmarks green, like the above image of the statue of the Virgin Mary on San Cristobal Hill.

Learn more about Chile's culture and history by reading more posts on our blog.

Where is Patagonia? The world’s southernmost region (outside of the Antarctic) is an area of 1,042 million square kilometers split between Chile and ...
END_OF_DOCUMENT_TOKEN_TO_BE_REPLACED 7 Inspiring Spots for Wild Camping in Chile and Argentina

A guest post by Maria Visser Visiting the wilds of Argentina and Chile calls to all kinds of adventurers worldwide. However, during high season,...
END_OF_DOCUMENT_TOKEN_TO_BE_REPLACED