Paine Circuit vs W Trek - Who Will Win?

You know you want to visit Patagonia.

You know you want to spend some time in Chile’s Torres del Paine National Park. And you know that there are only really two main options, the W Trek or the Paine Circuit ("O Trek"). But when it comes to deciding which trek to do, you’re still on the fence. Everyone has an opinion on which trek rules the roost but the truth is that these are both fantastic options, it just depends on what kind of person you are and what you’re looking to get out of your trip to Torres del Paine National Park.

Here’s our quick glance guide to the W Trek versus the Paine Circuit! 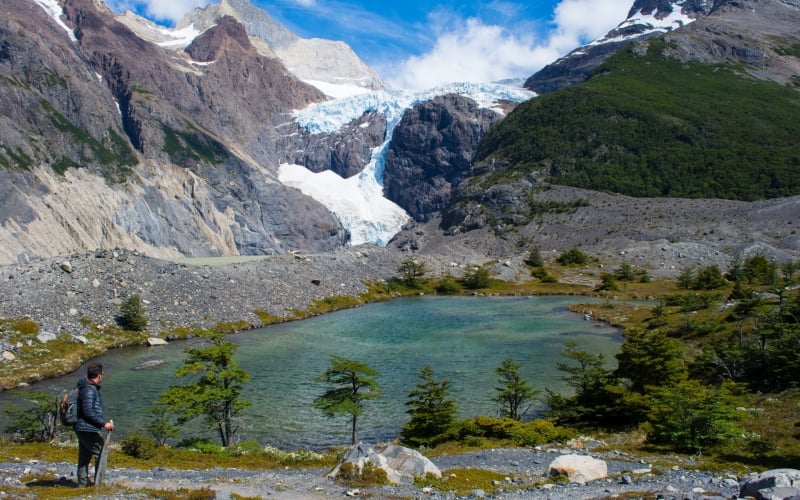 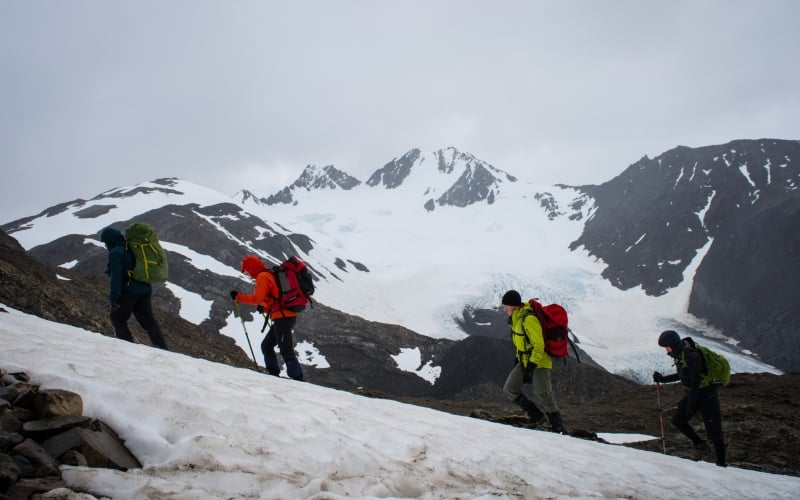 The amount of time you have available to spend in the park is often the deciding factor when choosing between the W Trek and the Paine Circuit. As a much longer circular route, the Paine Circuit takes a full two days longer than the W Trek. Either way, both treks involve a day traveling in - and then out - of Torres del Paine National Park itself (2 days traveling in total). The national park really is located in a wild and remote corner of the world and getting there takes some time. But don’t worry, the inward journey is an adventure in itself, with a delicious local lunch in Puerto Natales and some wild landscapes on the way.

On the 7-Day W Trek, hikers spend four of their six nights at EcoCamp Patagonia, a speciality eco-friendly dome hotel ideally located for trekking in Torres del Paine National Park, and two nights in refugios, which are rustic but cosy mountain lodges out on the trail. The Paine Circuit is an altogether wilder affair, with the first and last nights spent EcoCamp Patagonia and the intervening nights spent camping at sites around the park.

Picture below : Dickson campsite on the Paine Circuit 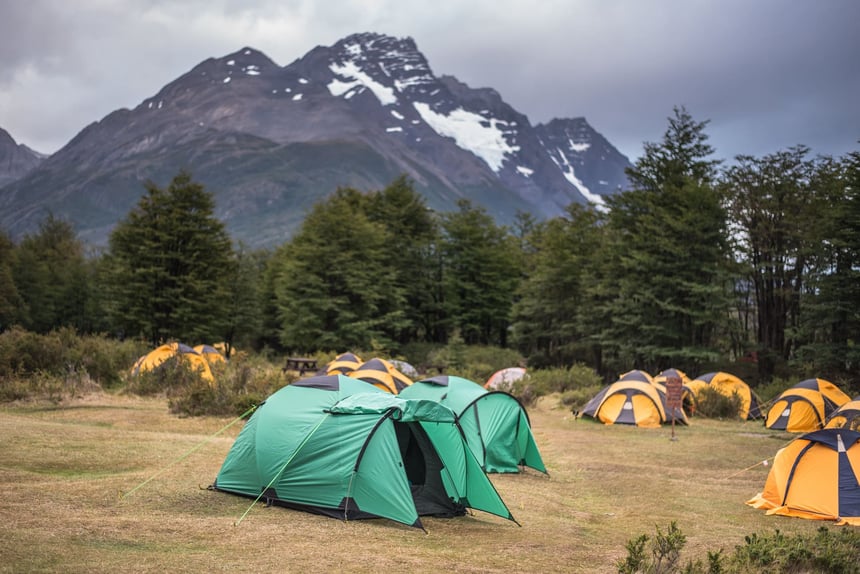 This challenging trek takes you along a steep trail into the the very heart of the mountains, to see the dramatic rock formations resembling a craggy, natural amphitheater on a giant scale.

Surely the most famous of all Torres del Paine treks, the classic journey to the looming towers themselves. As you crest the final moraine slope you’re rewarded with an exceptional view of these monolithic pillars of stone, standing like sentries looking out over the Paine Massif.

This trail winds along the shores of the beautiful Lake Nordenskjold, with plenty of time to enjoy and appreciate the varied flora and fauna of the park. You’ll also admire the black slate horns, Los Cuernos, reaching into the sky.

On the W Trek the trail winds along the shores of Lake Pehoe until you reach the northern tip of Grey Lake where you board a boat that sails up alongside the spectacular blue-white Grey Glacier. Circuit trekkers approach Grey Lake from the opposite end and finish the day alongside Lake Pehoe.

The John Gardner Pass is the highest point on the Paine Circuit Trek, with unparalleled views across the craggy surface of Grey Glacier. It’s a hard slog and the winds whistling over the pass can really pack a punch, but it’s a must for any serious trekker.

The first leg on the Paine Circuit, this trail winds along the eastern bank of the Paine River, heading for the stunning Dickson Lake. As well as the ever-present mountains of the massif, this trek takes in some of the park’s wide open grasslands.

This is the least accessible area of the park where you’ll encounter the fewest fellow trekkers and find yourself truly out in the Patagonian wilderness. You’ll pass under the Los Perros Glacier and traverse virgin beech forest on your way to the picturesque Los Perros Laguna. 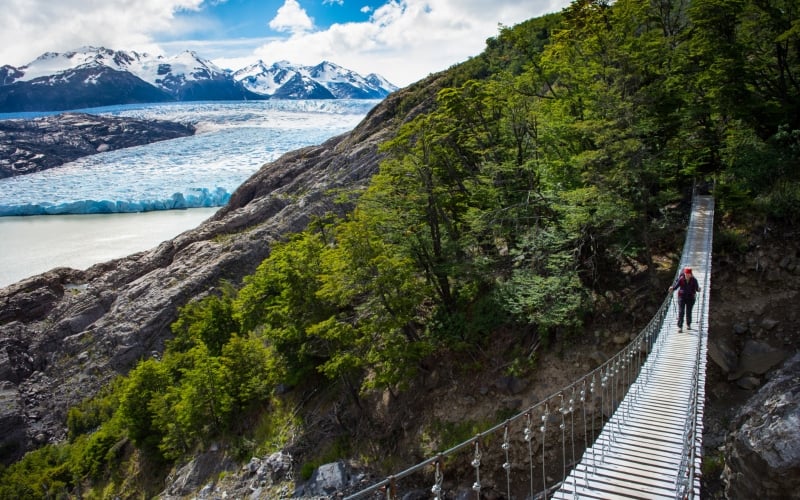 The Torres del Paine W Trek is classed as demanding, meaning it’s great for intrepid travelers with a taste for adventure (check out our full guide on the W Trek here). The Torres del Paine Circuit, meanwhile, is described as thoroughly demanding as a reflection of the extra stamina and hardiness required for the longer duration and back-to-back nights spent camping out. The less-frequented areas of the park that you’ll cover on the Paine Circuit Trek are also more likely to be subject to particularly severe weather, which can take its toll on morale during the hike. 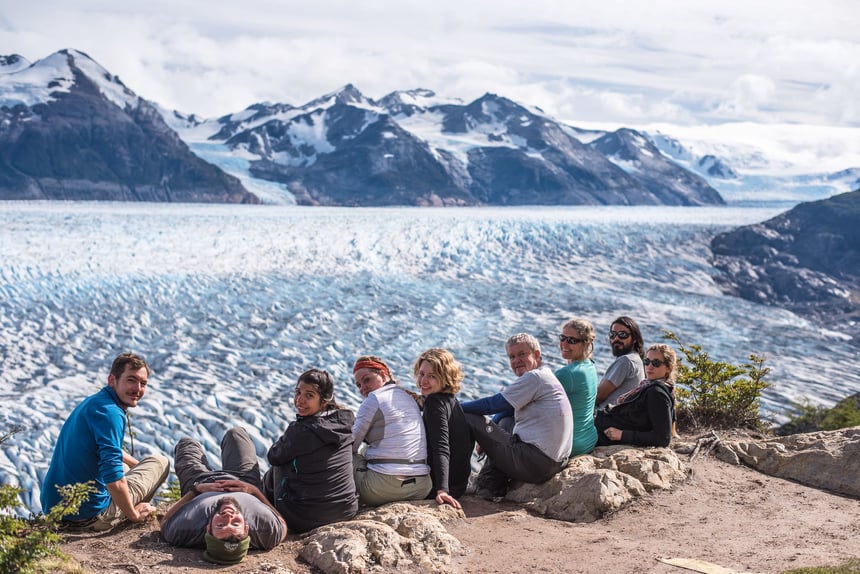 Both the W Trek and the Paine Circuit are perfect for lovers of the outdoors and the natural world. You’ll get in plenty of trekking and still have lots of time to admire the unique natural environment and the animals and plants of Torres del Paine National Park. The 7-Day W Trek also now includes a day of nature observation with an easy walk on the easter side of the park, whilst anyone with a passion for spending the night under canvas will enjoy the camping involved in the Paine Circuit. 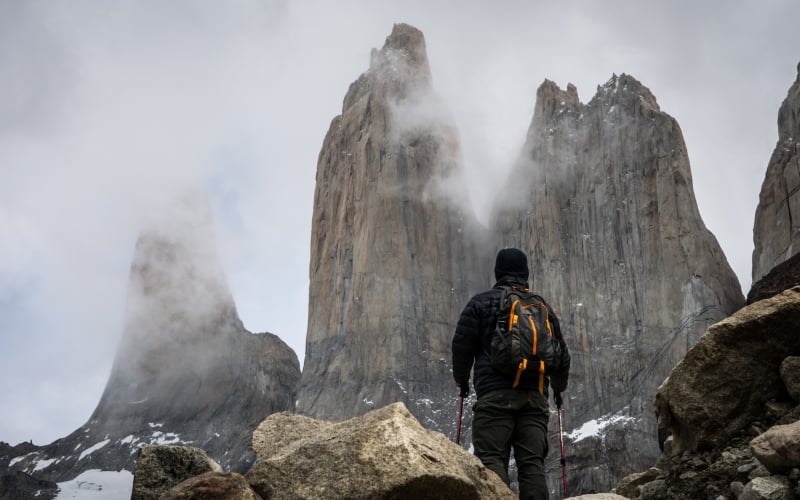 The W Trek and the Paine Circuit each tackle the park in opposite directions.  The 7 Day W Trek runs from around the beginning of September until about the end of April. Since the Paine Circuit passes through some of the more remote and climatically challenging areas of the park the season is shorter for this trek, running from the very end of October to mid-March.

"My humble opinion? Do the full Circuit - also called "O Trek" -, if you have the time. You will have different photos to everyone else and see less crowded faces of the Park (plus you have a higher chance of seeing more unusual wildlife) - don't forget you can upgrade to an EcoCamp dome!  Still weighing up your options? Why not take a look at our comparison of the 7 day W Trek alongside our 5 day W Trek.  Happy travels!"

Contact us so we can organize the trek you’re looking for!

You may not have heard about Kawésqar national park, but this is actually one of the largest national parks in the world, with an area of 7,023,542...
END_OF_DOCUMENT_TOKEN_TO_BE_REPLACED

When is the best time to travel to Torres del Paine? While it might seem easy to answer that question considering aspects of weather, planning a trip...
END_OF_DOCUMENT_TOKEN_TO_BE_REPLACED

“Winter is cold” , “Days in Winter are Short”, “There is snow in Winter”. While these statements are pretty accurate in Torres del Paine National...
END_OF_DOCUMENT_TOKEN_TO_BE_REPLACED