On This Day in Patagonian History: The Glacier Republic

Did you know that there’s a mini-nation located somewhere amongst Chilean Patagonia’s vast expanses of crawling glaciers?

Well, there is! On March 5th, 2014, Greenpeace - never one for subtle gestures - used a loophole in Chilean law to declare that 8,800 miles of glacier-covered land was its own independent country - a “Glacier Republic” micronation.

Yes, that’s right. Some of the glaciers you may see during a trip to Patagonia - great walls of blue and white stretching back into a bleak wilderness of ice and rock, those great movers and shakers who helped form the iconic landscapes that draw visitors from all over the world - aren’t Chilean or Argentine. They are autonomous. 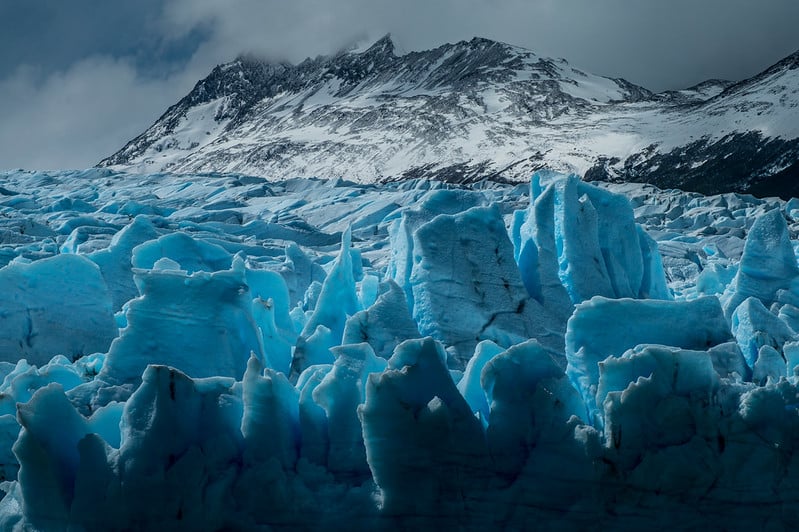 How was this possible?

Greenpeace has some good lawyers, is how. The glaciers are unprotected by Chile’s environmental laws and Constitution. Furthermore, the water code does not distinguish them as a holding source of valuable, fresh water for Chile’s many rivers and lakes, and many activists have raised concerns about gold mining practices in southern Chile that could pollute or damage the glaciers, as well as the fact that many glaciers are receding at an unprecedented rate due to climate change. Using this legal loophole, Greenpeace was able to lay claim to almost 9,000 miles of glaciers in Chile’s frigid south, vowing to protect it until Chile’s lawmakers will protect it themselves.

The creation of Glacier Republic is part of an activist promotional campaign by Greenpeace, making a stance against the fact that, although Chile is home to 82% of South America’s glaciers, there are virtually no laws in place to protect them. To announce the birth of a new nation, Greenpeace took out a full page ad in the New York Times.

To be a real nation, there are some requirements, which Glacier Republic has been granted courtesy of Greenpeace. It has a flag (a light blue rectangle with the black outline of three peaks) and a Declaration of Independence, as well as 40 international embassies (that are housed at Greenpeace’s offices). Glacier Republic’s capital is a tent located in an undisclosed location somewhere on the land. Greenpeace also issues official Glacier Republic passports and will soon kick off a soccer team.

Its population: 165,000 petition signers (who do not live on-site). People have even been married there!

Despite the measures taken to validate the micronation, the Glacier Republic has not been acknowledged by the United Nations, and therefore is not seen as a legitimate, independent country.

Greenpeace has stated that once sufficient legal protection for the glaciers is in place, Glacier Republic will cease to be and will be reabsorbed back into Chile.

Want to visit Patagonia's glaciers for yourself? Get in touch at reservations@cascada.travel and we'll help organize a trip for you.

You may not have heard about Kawésqar national park, but this is actually one of the largest national parks in the world, with an area of 7,023,542...
END_OF_DOCUMENT_TOKEN_TO_BE_REPLACED

When is the best time to travel to Torres del Paine? While it might seem easy to answer that question considering aspects of weather, planning a trip...
END_OF_DOCUMENT_TOKEN_TO_BE_REPLACED

“Winter is cold” , “Days in Winter are Short”, “There is snow in Winter”. While these statements are pretty accurate in Torres del Paine National...
END_OF_DOCUMENT_TOKEN_TO_BE_REPLACED