Inside The Lives of Patagonian Cowboys at Estancia La Peninsula

When most people think of Patagonia, their minds immediately go to the region’s iconic mountains like Mount Fitz Roy and the Torres del Paine; the creeping glaciers that loom over lakes of pristine water; and the allure of wide-open spaces at the end of the world, where mankind has no real foothold and exists at the mercy of the elements. There is truly no other place like it on Earth.

But what Patagonia has in natural wealth, it equally has in culture. An enduring example of this is the estancia.

Meaning “ranch” in Spanish, estancias are the heart of Patagonia’s cultural landscape. Starting in the 1800s, immigrants from European countries moved to Patagonia to take advantage of the grassy pampas as fields to rear large herds of sheep and cattle and cash in on the global demand for wool. The caretakers who would look after the herds, guachos (the Patagonian version of cowboys), would stay at these ranches that were spread out across the territories. Today, many estancias are still operational, and some, such as Estancia Peninsula, have opened their doors to the public, allowing visitors to learn about the gaucho culture and lifestyle. 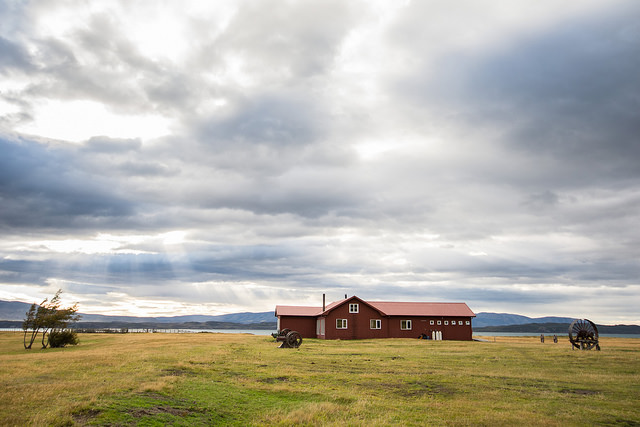 The trip to Estancia La Peninsula starts with a boat ride from the city of Puerto Natales, the gateway to Torres del Paine. Leaving the city, the boat crosses Last Hope Fjord and drops off visitors at the estancia. Here, plains of grass and rolling hills glide off to a horizon of snow-capped mountains. The sky overhead seems endless, and Patagonia’s infamous wind whips across the landscape. The silence is broken only by the twitter of birds, the snort of a horse, the baww-ing of sheep, and the dull clink of mate gourds on wooden tables.

At the estancia, the curtain is drawn back to reveal a more rugged way of life, one that is grounded in kinship with the animals on the ranch, from the dogs to the sheep to the horses, connection to and respect for the landscape, close friendships, and learning to appreciate a slower, more isolated life. These estancias are often located great distances from each other, so the bonds between those who live and work at each ranch are strong and lasting. Being a gaucho is a true calling.

At Estancia La Peninsula, they give guests a peek into this life through activities and demonstrations. Visitors can go on horseback rides across the surrounding pampas, seeing and discovering new and different vistas and places in the region outside of the traditional treks and views in Torres del Paine. They can hike on trails that haven’t been trammelled by the thousands of feet that go to the national park nearby. They can birdwatch in peace and quiet, scanning the skies for the splayed black wing feathers of the condor. They can sit and watch the world go by, like generations of gauchos before them, feeling both a part of and disconnected from the mighty expanse of nature surrounding them. 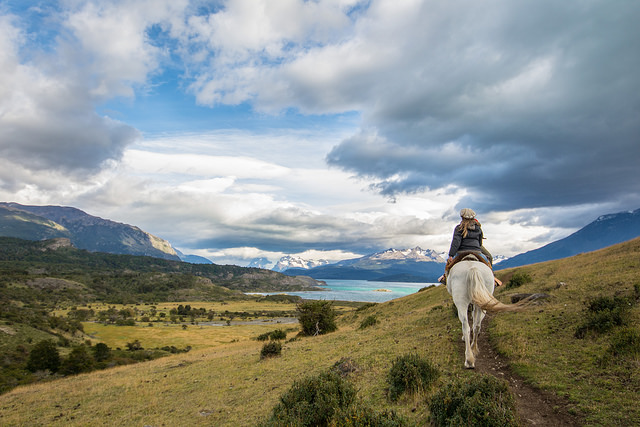 But the main purpose of an estancia was and is the care and keeping of sheep, and so guests are treated to demonstrations and lectures about taking care of sheep on these vast plains. Once a year, the huge herds are rounded up for shearing, with expert shearers traveling from estancia to estancia to aid the gauchos in this mammoth task. According to a recent New York Times article, an expert shearer can go through 250 sheep a day, adding to the 24 million pounds of wool that Chile produces.

Therefore, guests can observe the process of shearing an entire sheep, as well as learning about how the gauchos work with their sheepdogs and horses for round-ups. As always in cowboy culture around the world, the bond between a gaucho and his horse is paramount. 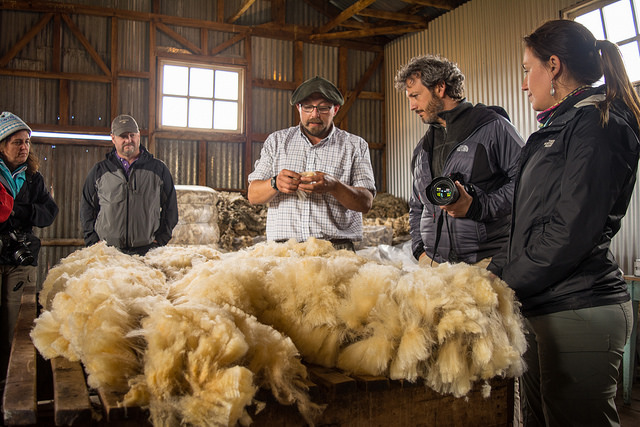 But the owners of the estancia save the best for last.

One of the most cherished and time-honored (and delicious) traditions on the estancia and throughout Patagonia is that of the authentic Patagonian asado, or barbecue. A lamb is butterflied over a low-burned fire for several hours, cooking the meat to tender, juicy perfection, before being chopped up and served with sides and plenty of hearty Chilean red wine.

So, at the end of a memorable day of horsebacking riding and learning the routines and rhythms of life on an estancia, visitors get to sit down to a traditional asado of the best lamb and meat at the end of the world.

But at Estancia La Peninsula, the owners aim to bring the traditions of Patagonian yesteryear into the modern age, and so they balance their livestock work with current environmental policies, working alongside conservation efforts for wildlife and sustainably preserving the landscape, so that every aspect of the Patagonian experience, from the natural to the cultural, is kept intact for the future. 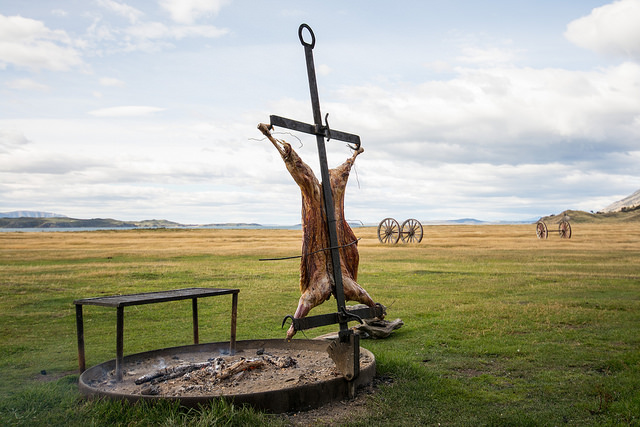 Experience the life of a true cowboy on our Patagonia Experience program. It's a chance to check out an estancia, ride horses through the pampas, indulge in a traditional gaucho barbecue and spend two cozy nights in your own EcoCamp dome.

You may not have heard about Kawésqar national park, but this is actually one of the largest national parks in the world, with an area of 7,023,542...
END_OF_DOCUMENT_TOKEN_TO_BE_REPLACED

When is the best time to travel to Torres del Paine? While it might seem easy to answer that question considering aspects of weather, planning a trip...
END_OF_DOCUMENT_TOKEN_TO_BE_REPLACED

“Winter is cold” , “Days in Winter are Short”, “There is snow in Winter”. While these statements are pretty accurate in Torres del Paine National...
END_OF_DOCUMENT_TOKEN_TO_BE_REPLACED