Cowboys of Patagonia - In the Footsteps of Chile's Baqueanos

You probably have a good idea of what a cowboy is, and you might even be familiar with the gaucho of the Argentinian Pampas, but the chances are you don’t know much about Chile’s baqueanos. The word ‘baqueano’ is usually just translated as cowboy, which is the closest equivalent outside of Chile, but in reality a baqueano is so much more than that. Let us introduce you to the rich cultural tradition of the baqueano of the Patagonian steppe. 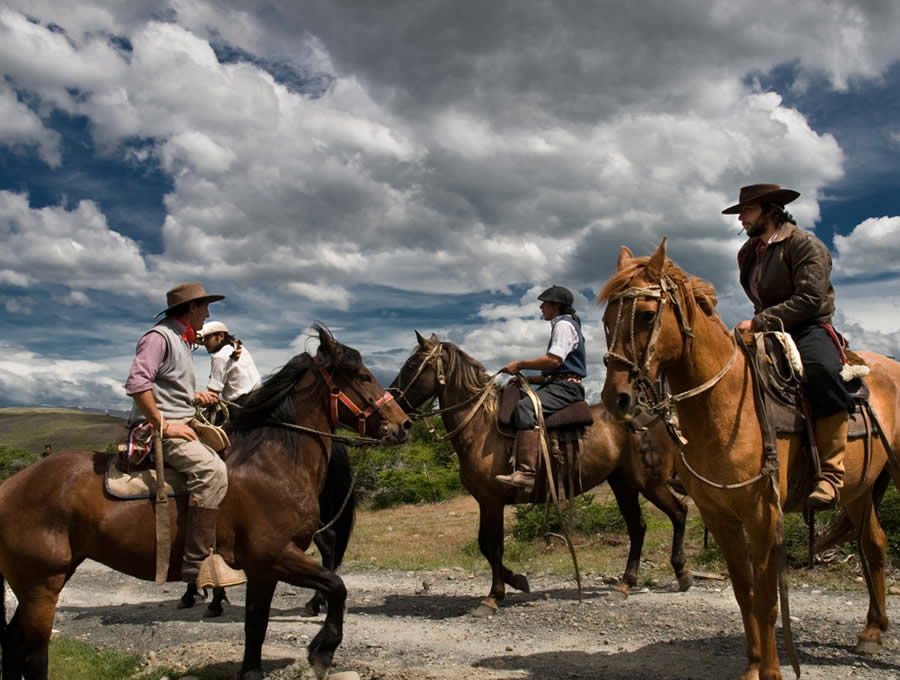 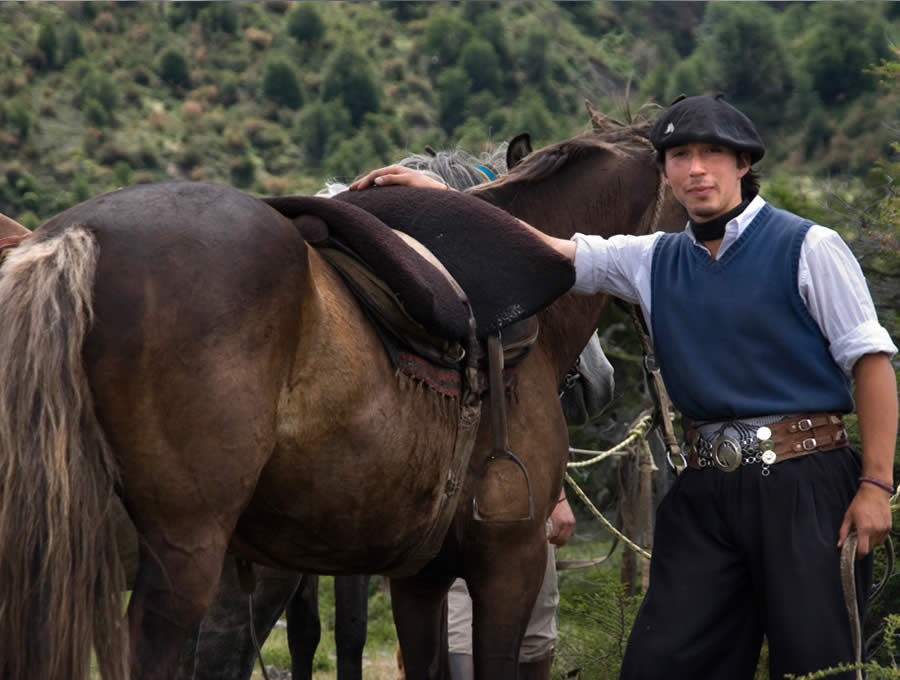 Strong, reserved, silent, proud, courteous, loyal... these are just some of the defining characteristics of the archetypal baqueano, who has become a symbolic character of the Chilean countryside. Above all things, the baqueano is man of the land with detailed reserves of knowledge about vast expanses of Patagonia. He is a skillful rider, with an almost telepathic connection to his horse. Dressed in long riding boots, baggy trousers, a beret and neckerchief, and sometimes a wool poncho for warmth, he wanders at will through the untamed wilderness.

Even up until the fairly recent past, Patagonia represented a frontier beyond which many people never ventured. Its huge scale and tempestuous weather presented a challenge that was too great for many to even consider. But from the 1870s onwards, skilled horsemen began to head deep into Patagonia and unveil the mysteries of the boundless and unknown expanse, often acting as guides for explorers arriving from Europe.

Like cowboys and gauchos, the baqueano did sometimes round up sheep and cattle, pursue and tame feral animals, and hunt for guanaco and ñandus to sell their skins and feathers. But the baqueano has always been a pathfinder first and foremost. A true baqueano knows how to orient himself at all times, using the sun, the stars and the landscape to find his way. They are famed for knowing how to find shelter and clean drinking water in the middle of nowhere, and how to avoid natural hazards such as swamps and quaking bogs. It is said that they can find their way anywhere, even in the all-encompassing darkness of the Patagonian night. 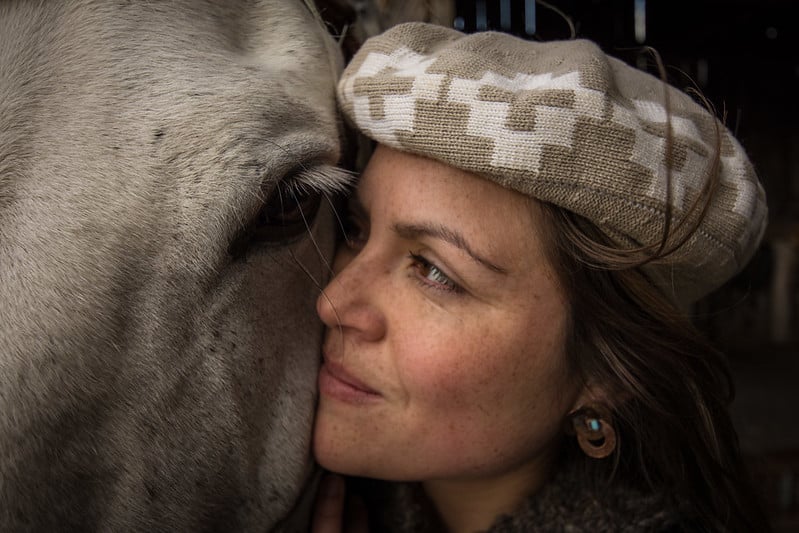 A baqueano’s horse is his proudest possession, since it is his transport, his work and at times his only travelling companion. The Chilean horse is one of the oldest breeds on the American continent and centuries of breeding mean it is perfectly adapted to life in Patagonia. Chilean horses tend to be slightly smaller than many North American or European breeds, at about 14 hands high on average.

They are muscular and built for endurance with a very thick hair coat that protects them both from extreme cold and intense heat. They are born and grow up on the Patagonian plains and in the foothills of the Andes, so they are naturally sure-footed and at ease in their environment. Descended from generation upon generation of working horses, they are incredibly responsive, reacting to the lightest touch of the rein. This is just as well, since baqueanos ride ‘one-handed’ using their spare hand for balance and for holding their riding crop.

As time passed and Patagonia began to be tamed, estancias sprang up across the countryside and many baqueanos adapted to work in these ranches, becoming skilled farmhands and all round experts on matters of the land, animals, birds and plants. 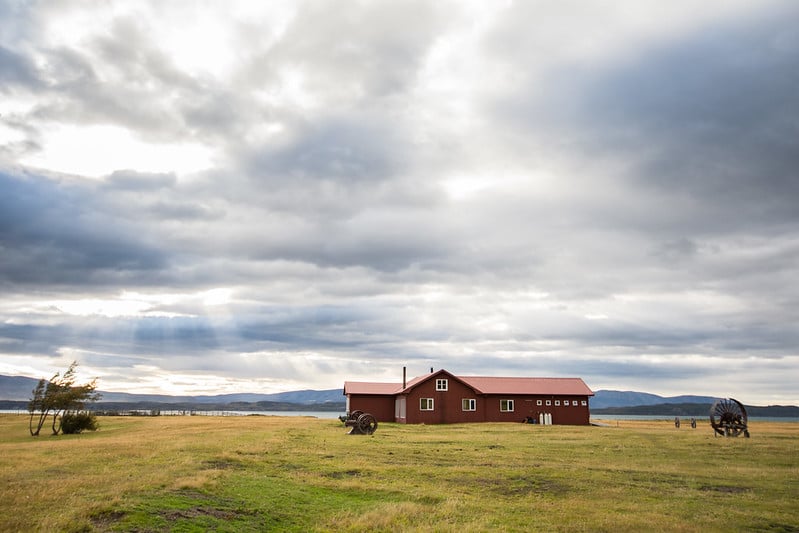 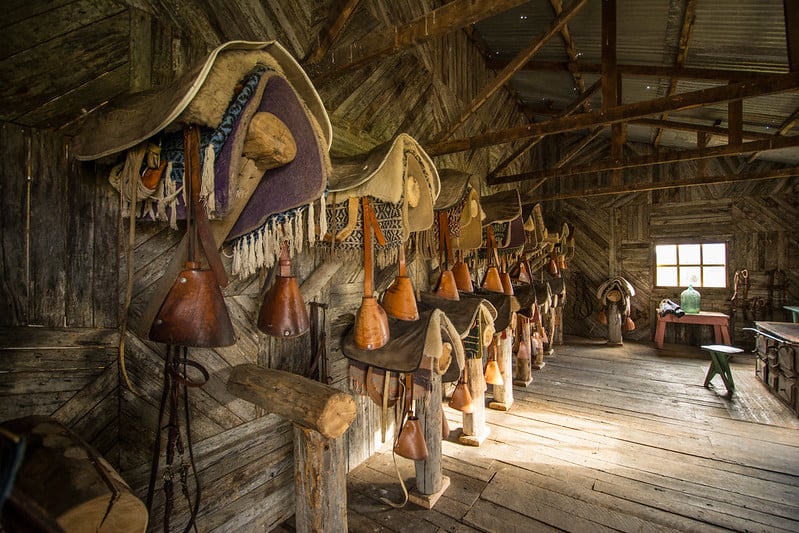 Dotted in between dense beech forests, winding tracks, epic mountains, vast lakes, endless rivers and prairies full of wildflowers, many ranches have expanded and now resemble small villages with schools, health facilities, bakeries and stables. Many of these ranches were originally built by colonisers arriving in Chile from Europe, so there are all kinds of styles and sizes on show, from palatial buildings in French and English architectural styles of centuries gone by, to smaller, simpler buildings that nestle into their surroundings.

Whilst industrialisation put an end to many traditional countryside professions, there is no machine on earth that could replicate the expertise and skill of the baqueano as a guide, and for that reason their culture is still very much alive.

Today, some maintain their customary way of life by leading horseback riding tours in Patagonia. When you ride with a baqueano through the breathtaking scenery of Patagonia, it is gratifying to know that they aren’t providing a manufactured tourist experience, since helping people to discover the wonder of the natural landscape has always been part and parcel of the baqueano’s daily life. Riding with Patagonia’s horsemen is still one of the best ways to experience this enchanting part of the world, as you absorb their knowledge of the land and wildlife along with entertaining stories of their heritage and famous baqueanos of the past. 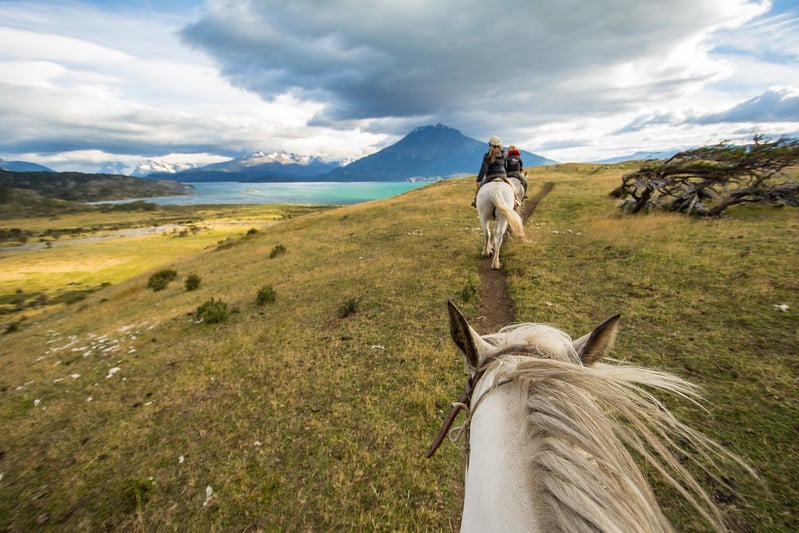 To ride with the baqueanos for yourself, choose the horseback riding extension when booking your stay at EcoCamp Patagonia.

You may not have heard about Kawésqar national park, but this is actually one of the largest national parks in the world, with an area of 7,023,542...
END_OF_DOCUMENT_TOKEN_TO_BE_REPLACED

When is the best time to travel to Torres del Paine? While it might seem easy to answer that question considering aspects of weather, planning a trip...
END_OF_DOCUMENT_TOKEN_TO_BE_REPLACED

“Winter is cold” , “Days in Winter are Short”, “There is snow in Winter”. While these statements are pretty accurate in Torres del Paine National...
END_OF_DOCUMENT_TOKEN_TO_BE_REPLACED